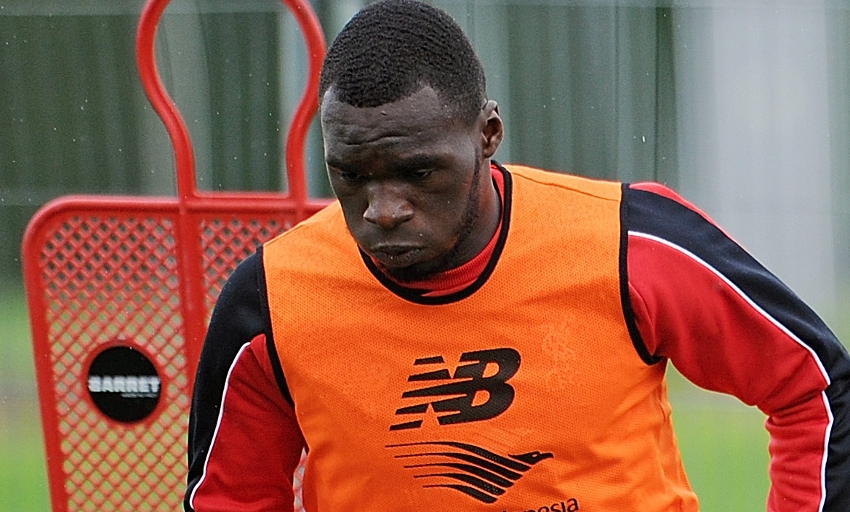 Gary McAllister today provided an update on the fitness of several senior members of the Liverpool squad, including Christian Benteke who is set to undergo an injury scan.

The summer signing from Aston Villa was withdrawn at half-time during Sunday’s draw with Norwich City at Anfield due to tightness in his hamstring.

Benteke will be further assessed today, while McAllister also confirmed Jordan Henderson’s operation on his broken metatarsal was a success.

Speaking to reporters at a pre-Carlisle United press conference at Melwood on Tuesday morning, the first-team coach said: “Christian will have an MRI scan today and hopefully they’ll find the problem – he’s got a little problem with his hamstring.

“Everybody [else] is good. Jordan’s come through fine. There’s not really a timescale on that, but everything went well there.

“We’re picking from nearly a full squad [for Carlisle].”

Benteke’s replacement against Norwich was Danny Ings, who needed just three minutes to make an impact when he notched his first competitive Liverpool goal with a neat finish in front of the Kop.

The 23-year-old’s industrious display won plenty of acclaim from supporters inside the stadium and McAllister felt his strike was just reward for the work he’s put in on the training pitches.

“Danny Ings came on and it was really refreshing to see his performance,” said the Scot. “If you’d seen him every day since he arrived here at the training ground, if there’s anyone who deserved a goal it’s Danny.

“When you work with younger players – and being an ex-player – it’s very encouraging when you see a young player looking at, and hanging onto, most of the things you’re trying to impress upon him.

“I’ve worked with some fantastic strikers in my day and trying to give Danny these little nuggets of information, you can see he is very open to any advice or little bits of information. That has been really refreshing, so I hope he can go on a little run.”

Elsewhere on the striking front, Daniel Sturridge made his first appearance in five months on Sunday, clocking up just over an hour on his comeback following hip surgery.

“That was another positive from the weekend,” said McAllister. “He’s a quality player and brings something a little bit different.

“The medical guys are aware of Daniel’s situation and over the season, he’s a player they’ve got to really look after. But it’s just a plus to have him back in and around the first team.”