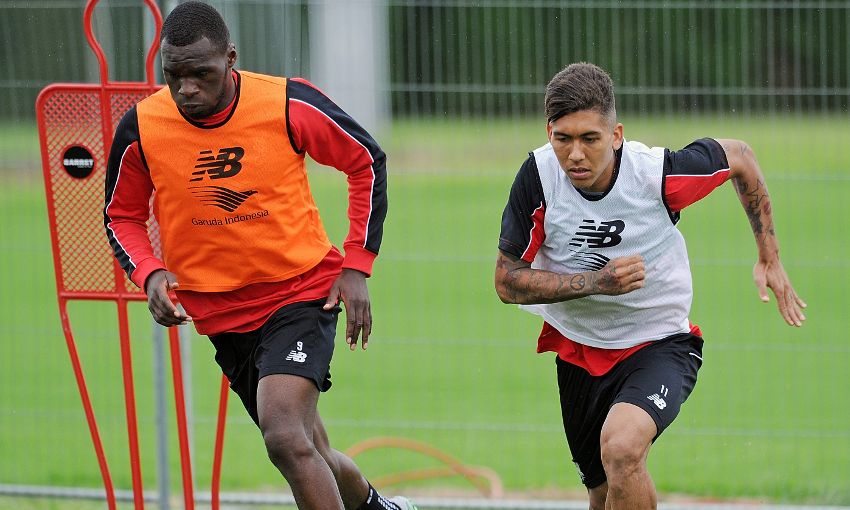 Christian Benteke, Roberto Firmino and Dejan Lovren are in contention to feature in the Liverpool squad for Thursday's Europa League meeting with Rubin Kazan.

The trio have been on the sidelines with hamstring, back and ankle injuries respectively but may be available for selection against the Russian team.

Jürgen Klopp takes charge of his first Anfield game as the Reds continue their Group B campaign, with a win the target after draws with Bordeaux and FC Sion.

Ahead of the fixture, the manager provided an update on a number of players who have been on the treatment table since he arrived.

“We have three players back in training – Benteke, Firmino and Lovren,” he told reporters at his pre-match press conference.

“That’s good, more options, not really starting options but for the squad. Yesterday they joined team training and it was OK.

“Now we will see what we need for this game, who we’ll take with us and who will stay here for more training. But, of course, it’s very good for us that these players are back.”

Having missed Saturday’s Barclays Premier League clash with Tottenham Hotspur, striker Daniel Sturridge will instead aim to be fit for the visit of Southampton at the weekend.

Klopp said: “Sturridge is getting better and better. Yesterday he was outside for the first time since Saturday. It was OK and the target for him is Sunday, for sure. That’s what we’ll try to do.

“[Danny] Ings and [Joe] Gomez had their operations, they were as positive as operations can be. Everything is fine and they are on their way back. There were no difficulties or complications.

“[Jordan] Henderson and [Jon] Flanagan are getting better and better.

“[Jordan] Rossiter, I don’t think he’ll be ready to play until after the next international break. He’s a young player, a big talent and it would be cool for him if he was now with us, but he can’t.”

'How can you not love Roberto Firmino?'