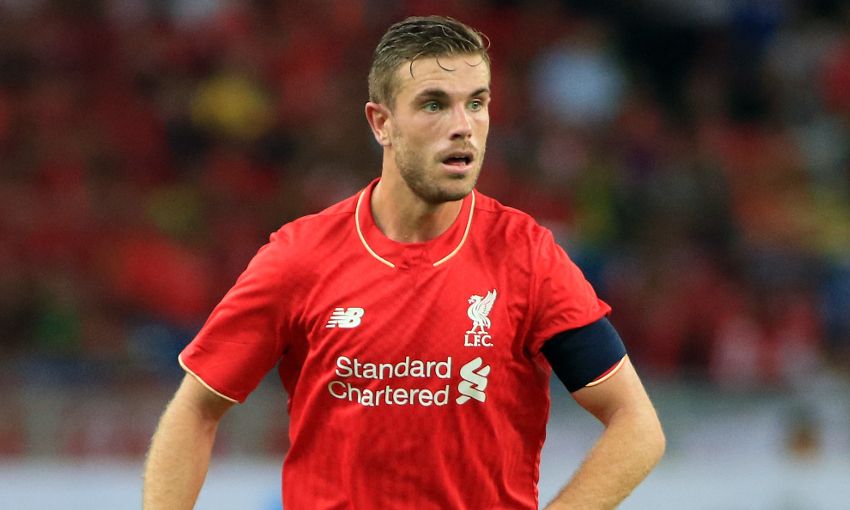 Jürgen Klopp insists he has never doubted for a moment that Jordan Henderson would take up the Liverpool captaincy again when he returns from injury.

The midfielder, who succeeded the departing Steven Gerrard as skipper over the summer, has yet to feature under the German as he recovers from a foot problem picked up in training.

As vice-captain, James Milner has worn the armband in the absence of his fellow Englishman, but there is no doubt in the manager's mind who will take it when Henderson makes his comeback.

Klopp described the 25-year-old as 'an absolute leader' and revealed his hope for a swift return.

“There was no second of doubt about this decision,” the Reds boss said.

“I didn’t ask because it was logical for me, we never had to think about whether Henderson was the right captain.

“I’ve met him, he’s an absolute leader and he’s in a good way at this moment, and we all hope he’s back in a few weeks.

“I do not know what will happen in the next two weeks, it’s very important and we’re waiting for this. Hendo stays captain.”

Klopp also offered an update on the fitness of striker Daniel Sturridge who, like Henderson, has yet to feature under him.

On the possibility of the prolific No.15 coming back soon, he said: “Yes, I think so.”

But he insisted the Reds won't rush back one of their star men, adding: “Soon is relative. I don’t know. It isn’t as fast as we thought of course but we cannot put pressure on this.

“He is starting to train outside after four weeks, so of course he needs time to bring him back in shape or whatever.