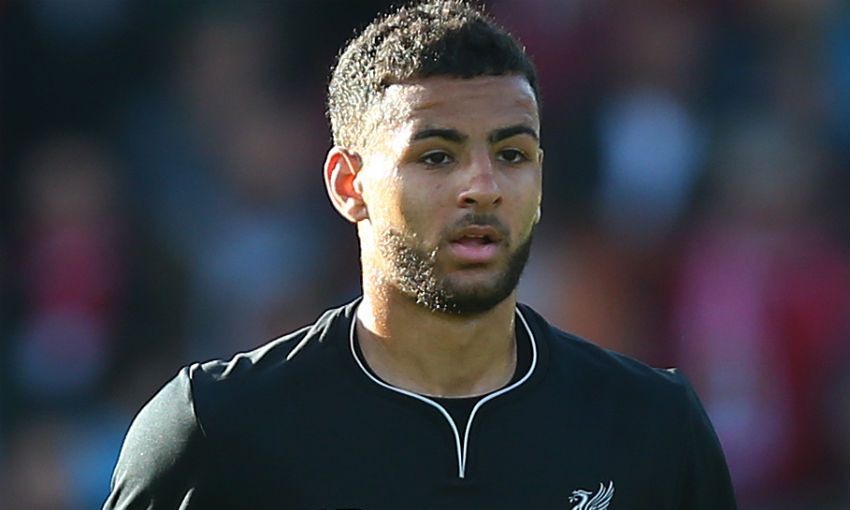 Clearly, 12 months is a long time in football. Stewart was recalled from his loan spell at the County Ground in January and made 11 appearances for the Reds in the second half of 2015-16.

The 22-year-old midfielder then featured in all nine of Liverpool’s pre-season fixtures ahead of 2016-17, before making substitute appearances at both Arsenal and Tottenham Hotspur in the opening weeks of the new Premier League campaign.

But despite his eventful and fruitful year, Stewart, who also came off the bench during last Tuesday’s 5-0 EFL Cup win at Burton Albion, is not prepared to rest on his laurels.

“[To] stay injury free and be available as much as possible,” the No.35 tells Liverpoolfc.com when asked about his aims for this season.

“To show the manager and the players here what I can do, I don’t think I’ve showed that fully yet - there’s a lot more to come from me.

“I [want to] stay injury-free and improve [and] take on as much information as the manager gives to me.

Stewart has benefitted from Klopp’s willingness to give young players a chance to shine at first-team level and the former Tottenham trainee is enjoying the experience of playing for the German.

“He came in and had a lot of belief in us - maybe he believed more than some of us believed in ourselves,” he added.

“He’s just trying to get all of our qualities out of us. There’s no doubt about the qualities we have, it’s just about getting them all out and showing them.”

Klopp brought seven new faces to Anfield between the end of last season and the start of this, including the likes of Sadio Mane and Georginio Wijnaldum.

Stewart revealed that the new signings already feel at home both on and off the pitch, and he is particularly friendly with fellow midfielder Wijnaldum.

“They’ve all really settled in well, both playing and with their personalities in the changing room. It’s like they’ve been here longer than they have. There’s still a lot of gelling to do, but it’s been good,” he continued.

“He [Wijnaldum] sits right next to me so we talk a lot! He’s come in, played well. You can see he’s a good player, and he’s a good personality as well - a funny guy."