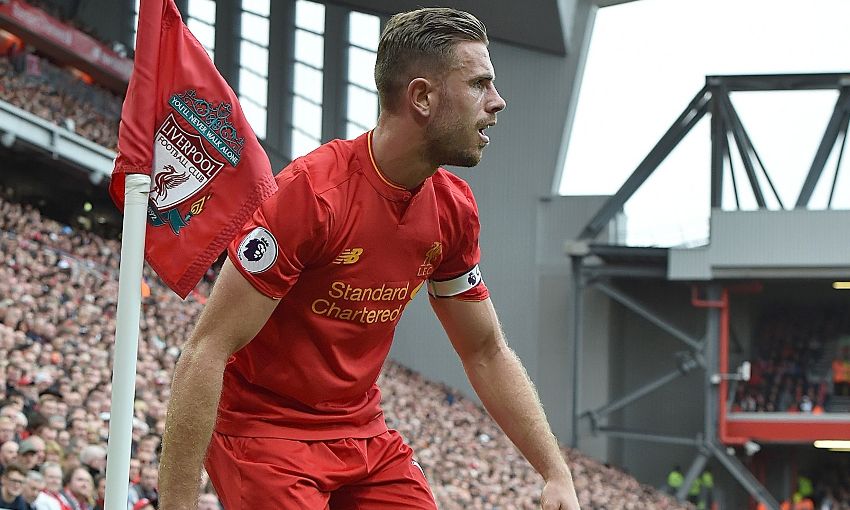 Jordan Henderson admits he is ‘gutted’ to be unable to take part in Liverpool’s EFL Cup clash with Tottenham Hotspur at Anfield tonight due to suspension.

The captain picked up his fifth booking of the season so far during Saturday’s victory over West Bromwich Albion, meaning he must serve a one-match ban.

Writing in his column in ‘This is Anfield’, Henderson said: “Tonight is all about the cup competition and the lads will be just as focused and determined as they are for any league fixture. I know there’s sometimes a discussion on ‘priorities’ in terms of which competition a club takes more seriously. I have to say that as a player I’ve never looked at it that way at all. It might be stating the obvious but we prioritise all competitions and every game is important. That applies if you’re in Europe or not for me.

“The EFL Cup is a great competition and last season we reached the final. I think I can speak for everyone at the club when I say it’s our aim to get back to the final again this season and hopefully go one better. It’ll be exactly the same for Spurs; they’ve done really well in this cup in recent seasons. For the likes of Liverpool and Tottenham you have to have the mentality that you want to go all the way and win it.

“This match has all the makings to be a brilliant game. I think it’s fair to say there are similarities in how we both approach it. Both teams are positive, high-tempo and want to attack. The fixture at White Hart Lane earlier in the season was amazing to play in, the pace of the game was unbelievable. I’d fully expect it to be the same tonight and we have to be ready to go 120 minutes and maybe even further if that’s what’s required.

“Unfortunately I’ll be watching tonight and not contributing because of suspension. I won’t dwell on the topic except to say I’m disappointed in myself that I’ve picked up five bookings so quickly in the season and it’ll be something I look to learn from and address. I know the strength of the squad is such that the team will be strong, whichever eleven the manager starts with, but I’m gutted I’m not in contention to play.”

Pick up your copy of ‘This is Anfield’ at the stadium this evening, or subscribe online by clicking here.