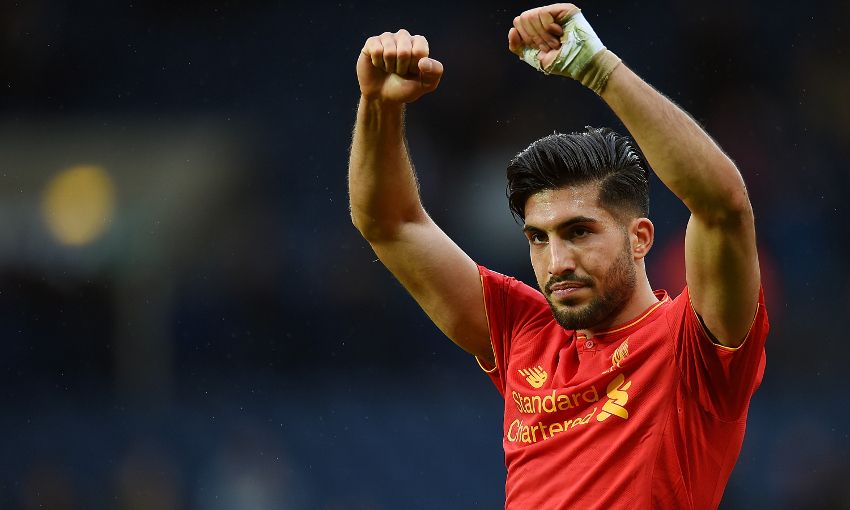 Birthday quiz: How much do you know about Divock Origi?

Everything could have been different for Emre Can.

He could have been swayed by those who, in the fledgling years of his career, insisted his natural position was in central defence. Those who suggested that pursuing the path of a midfielder might prevent him from becoming a professional.

He could have been overawed by the increased demands that came with the step up to the second team at Bayern Munich as a developing teenager and a tricky season of learning that presented the first question about his ability to reach the top of the game.

He could have flinched when Jupp Heynckes, the head coach at Bayern when Can was promoted to the German giants’ senior squad, cajoled the young man day after day during training sessions in a manner he wasn’t always sure how to take.

He could have been daunted by the expectation levels he discovered upon joining Liverpool, having taken the decision to leave his home country, the security of what he knew, and embrace the challenge of proving he could cut it in the Premier League.

He could have allowed the frustration of a series of niggling injuries during the past 12 months, the small setbacks that can hamper a player’s form over the long-term, to derail his progress with the Reds.

But he did none of that.

Instead, Can nears the conclusion of his third season at Anfield a reinvigorated player. An ambitious 23-year-old who feels ‘stronger… coming back to my best’. An all-action midfielder re-established as a powerful engine in Jürgen Klopp’s Champions League-chasing machine.

Emre’s evolution has taken the softly-spoken No.23 from the centre of Germany to the centre of Liverpool’s team, from the banks of the Main to the side of the Mersey via Bayern, Bayer Leverkusen and the Bundesliga.

And he recently discussed that journey in an exclusive interview with Liverpoolfc.com, which is available to read in four parts now. Click ‘Next’ below to begin…

Emre Can and Jon Flanagan set to leave LFC

Jürgen Klopp on Emre Can and James Milner fitness latest