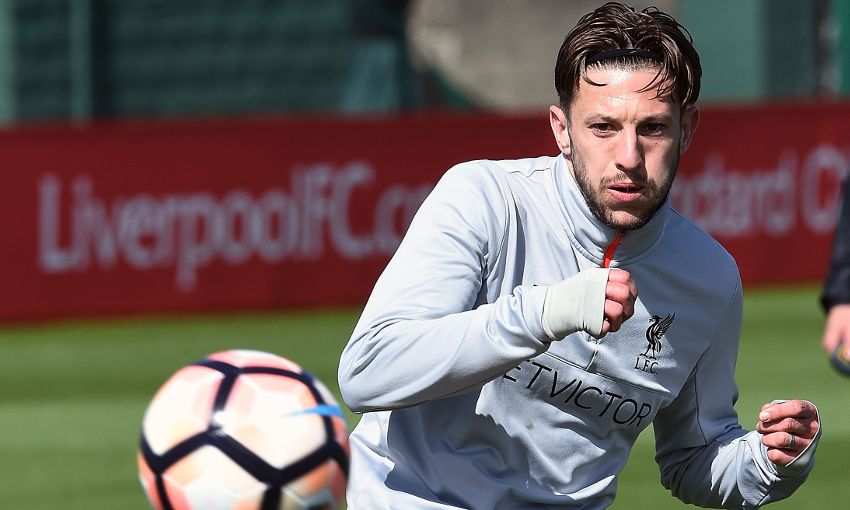 Adam Lallana and Daniel Sturridge will return to full training on Friday to offer Liverpool a boost ahead of Monday night’s trip to Watford, Jürgen Klopp has confirmed.

Lallana has been out of action since March 19 due to a thigh issue, while Sturridge missed the Reds’ clash with Crystal Palace last weekend with a hip complaint.

However, both could come back into the fold for the fixture at Vicarage Road, though there is no fresh news on when Jordan Henderson will return to action as he continues to recover from a foot injury.

Klopp told his pre-Watford press conference at Melwood: “Adam is back in team training today for the first time, which is very, very good news. Hendo is not on the pitch so far and there’s nothing new to say about [him]. Daniel is in team training again today too, and that’s good.

“Now we have to train with the boys to see how they are, what shape they are in and then see what we can do with them.”

The on-loan defender limped off during the Eagles’ encounter with Tottenham Hotspur earlier this week after landing awkwardly.

“First of all, I think you saw the pictures with Mamadou, it looked really awful so it could have been nearly everything,” Klopp said.

“Since we got the images from Crystal Palace, we know there are no ligaments involved, so in a situation like this - and maybe not for Crystal Palace - but for the player it’s the best thing he could get.

“I think he is out for a few weeks, but that is something that will be good at the end, but at the end of the season each injury is a big blow because there is not a lot of time to recover.”