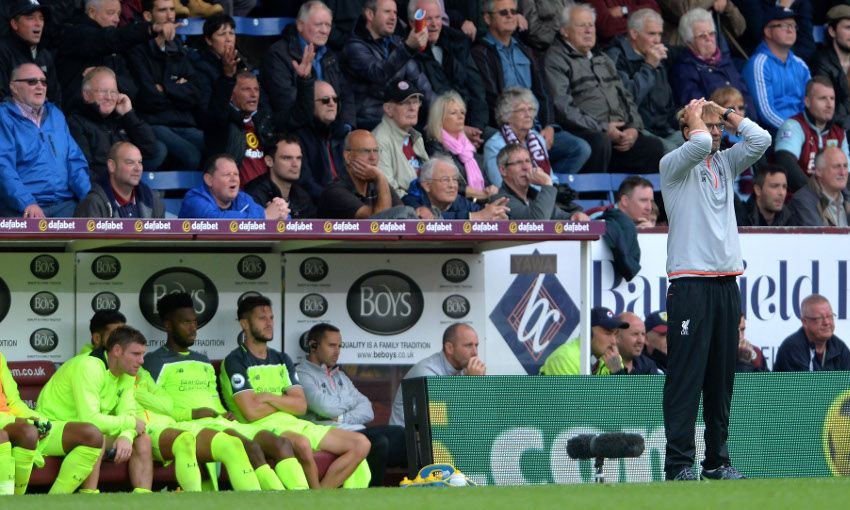 Nobody said it would be easy.

After claiming a scintillating 4-3 victory at Arsenal on the opening day, the Reds travelled to newly-promoted Burnley as strong favourites for another three points that would cement their status as a team to watch out for in 2016-17.

Things, of course, didn't pan out that way, with first-half goals from Sam Vokes and Andre Gray securing victory for Sean Dyche's side and leaving the travelling fans wondering whether they might have witnessed yet another false dawn at the Emirates.

For Klopp, however, the game proved little about his squad. In fact, it simply reinforced the idea that some still needed to be turned from doubters to believers.

He recalls: "You win at Arsenal, it was outstanding, then you play Burnley, you lose it and nobody said it was a slip.

"Immediately everybody said, 'That always happens to us', [we] win such a big game and lose against a smaller side.

"To lose is already hard enough but to have the feeling 'That's our DNA', it's really sad, how can we change this?"

The loss at Turf Moor, which came despite Liverpool boasting 80 per cent possession and taking 26 shots to their opponents' three, also gave birth to a frustrating early-season narrative - that the Reds lacked a 'Plan B'.

Thankfully, Klopp was never influenced by the furore. He adds: "People said when we didn't beat the weaker teams that I have no Plan B.

"I have absolutely no problem, people can say what they want, but it's not about Plan B. We know exactly what to do, we did it so often.

"[But] we scored the fourth most, only a few teams scored more than we did. It was all good."