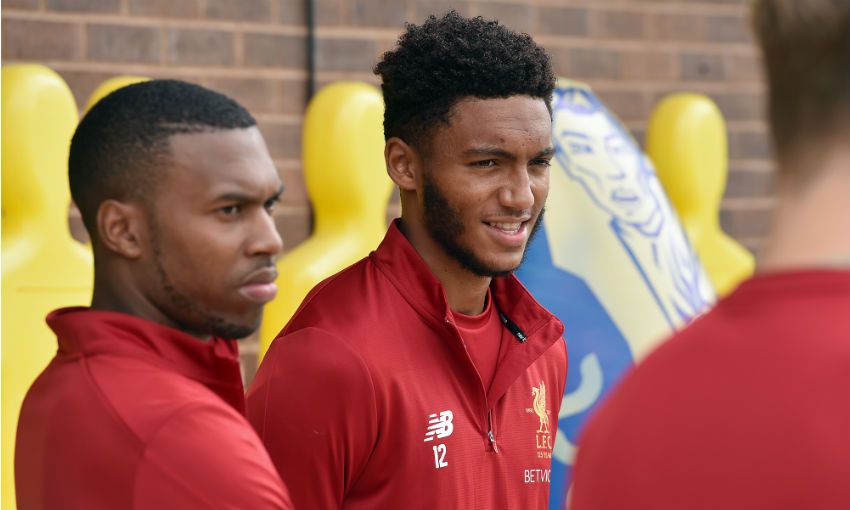 Video round-up: Day one of pre-season at Melwood

Joe Gomez considers the first day of pre-season training to be a ‘fresh start’ as he strives to put his injury problems fully behind him in 2017-18.

The young defender was one of the Liverpool players who returned to Melwood on Wednesday morning to begin preparations for the new campaign.

Last term, Gomez made three appearances for the Reds’ first team and played eight times in Premier League 2 for the club’s U23s side after his recovery from lengthy spells on the sidelines due to respective knee and Achilles issues.

A determination to build on that progress is fuelling the 20-year-old’s desire to get back to work following the summer break.

When asked about his level of fitness, Gomez told Liverpoolfc.com: “100 per cent. I feel good, I feel fit, I feel sharp, I’m in a good place mentally and physically. I see it as a fresh start now, to go again, and just attack this season.

“I’ve had a lot of tough periods and stuff, but I’m just grateful to be here and happy to go again. It’s nice to be at a place like this to do it.”

Gomez and those of his teammates who reported back on Wednesday face a day of physical tests as Jürgen Klopp and his backroom team assess their conditioning - a process the England U21 international has been looking forward to.

“Obviously you have bits where you know it’s going to be difficult, but it’s all part of it and you’re looking forward to getting the balls out and going again,” he explained.

“Everyone’s going to have done their work [over the summer] and everyone has programmes, but obviously we have to do the testing today and then push on from there. It’s just about getting stronger as pre-season progresses.”