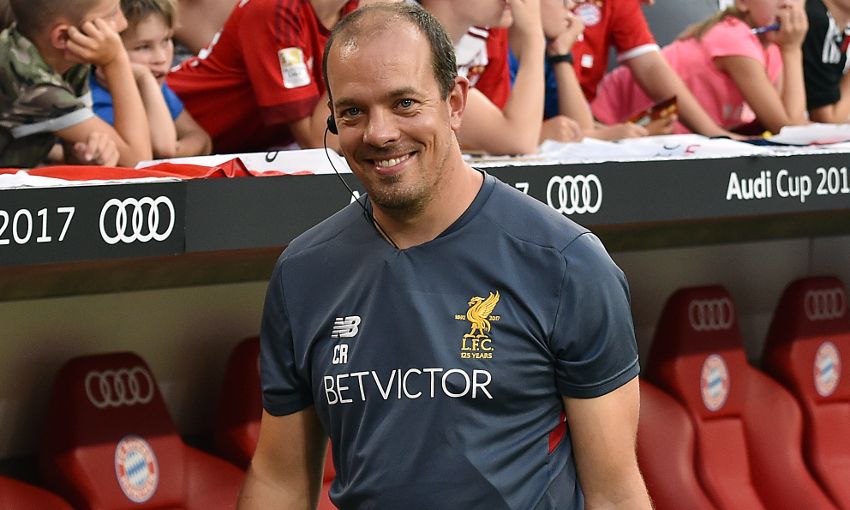 Liverpool haven't just added to their playing staff this summer – the club's physiotherapy department has also welcomed a new face into its ranks.

The Reds recruited Christopher Rohrbeck from FSV Mainz to join their medical set-up.

The 39-year-old has taken the title of first-team physiotherapist, working alongside head physio Andy Renshaw and his team.

“Of course the fact it was Liverpool appealed to me with the size and stature of the club, but Jürgen told me I’d be joining a group of players and staff that are a perfect group,” Rohrbeck told Liverpoolfc.com.

“For me, that was the most important point because I would be working with them all of the time.”

Leaving Mainz wasn’t an easy decision to make for Rohrbeck, having worked for 14 years at the Bundesliga club since initially joining them in 2003.

He joked: “It was like my living room at Mainz! I was there for 14 years from 2003. It was my first job after completing my education. So I know everything about the club as I grew up there.

“But my family and I wanted to go to another country to learn a new language and also give our children some new life experiences. When Jürgen asked me about coming here, the decision was not an easy one but one we wanted to take.”

In joining Liverpool, Rohrbeck links up with Jürgen Klopp for a second time having been a part of the manager’s backroom team during his time with Mainz.

Joining him in the move to Merseyside are his wife and three children.

“We like the experience and we want to enjoy it here,” he said. “We like the culture in Liverpool. We had a very nice, warm welcome and there are nice people around where we live. It is perfect.

“I think it’ll be a tough time for my eldest when she starts school in September! But she will handle it. Being in Liverpool will give them more life experiences than we could give them in Germany.”

He added: “I’ve been to England and Scotland before for holidays. In Liverpool, I think it is a perfect mix of all the other cities I’ve visited. It’s a very modern, new city, but then you have the Albert Dock and the UNESCO World Heritage sites. All of these are close together. It’s a nice city.

“I am looking forward for the games and the atmosphere at Anfield because this will be different to Germany, I think.”

'You saw the professionalism we have' - LFC's coaching champions: Part two