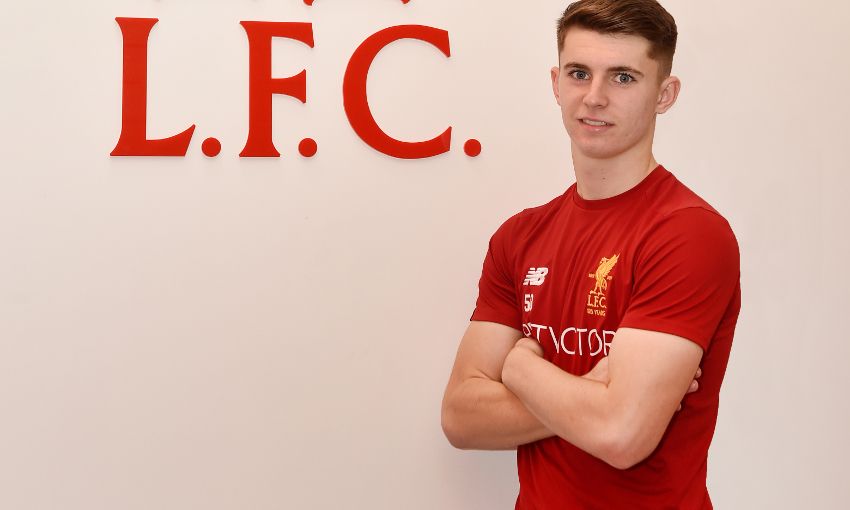 Jürgen Klopp: We have the opportunity to say this is the real us

Jordan Henderson admits he is excited by the potential Ben Woodburn and Rhian Brewster possess.

Woodburn signed a new long-term contract with Liverpool on Wednesday, while on the same day Brewster struck his second successive hat-trick for England in their FIFA U17 World Cup semi-final victory over Brazil.

Henderson used his column in ‘This is Anfield’ to write: “I’d like to congratulate Ben Woodburn on signing a new contract with the club, having recently turned 18 years old. I was reading Steven Gerrard’s comments on how Ben has performed for the U19s in the UEFA Youth League, played on the same day we play Champions League football.

“What stood out from Steven’s comments is how Ben’s attitude is what has impressed him most; that Ben has embraced being part of the U19s and shown real leadership. We’ve all seen for Liverpool and Wales that Ben has the talent and temperament to perform on the biggest stages, but the fact he’s prepared to be patient and treat playing at the younger age levels with such enthusiasm and professionalism will serve him well.

“In Steven Gerrard for U19s UEFA competition, and Neil Critchley for the U23s, he has brilliant managers who’ll give him guidance, confidence and protection. And it’s brilliant for Liverpool that he’s committed to be a part of our future. As long as he continues to listen and learn and show the attitude he has, he could be anything he wants to be.

“On a similar theme it’s been fantastic to see Rhian Brewster perform so well for the England U17s at the World Cup in India. We’ve been following it back here in Liverpool and everyone in the first team was chuffed to bits to see the hat-tricks he scored against the USA and Brazil. Rhian spends most of his time at the Academy in Kirkby still, but occasionally he comes to Melwood to train with us.

“When he does, his potential is frightening. He’s another one whose attitude is as close to perfect as you could wish for: eager to learn and listen, but still with enough swagger and confidence to make you realise he has the belief and temperament to make a real impact in the game.

“All of us who care about the club’s future will be delighted with how these lads are doing, and it shows yet again that Alex Inglethorpe and his team at Kirkby are doing great work in looking after them on and off the field.”

Pick up your copy of 'This is Anfield' at the stadium this afternoon, or subscribe online by clicking here.