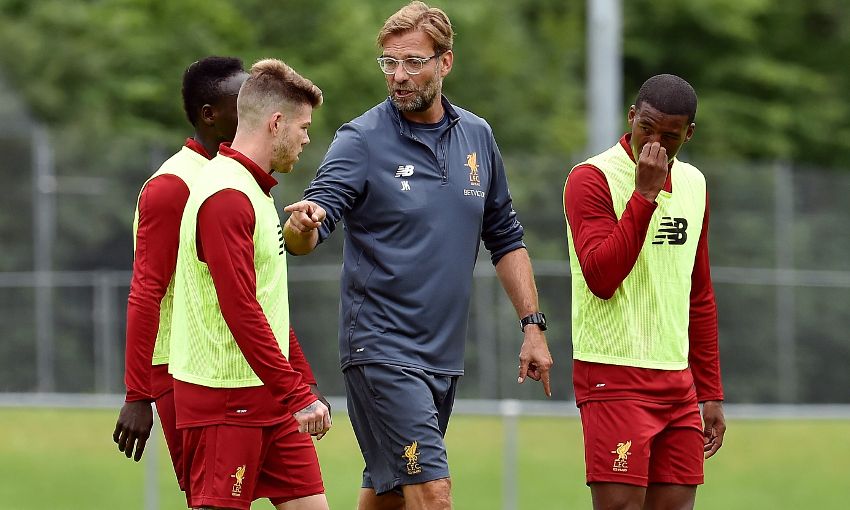 'Lallana return is a massive boost ahead of crucial period'

Jürgen Klopp has offered an insight into his thinking regarding the left-back position at Anfield.

In 2016-17 vice-captain James Milner was the preferred choice in the backline, but so far this season Alberto Moreno has bounced back in style with a string of consistent displays in the starting XI.

This has resulted in summer signing Andy Robertson having to wait patiently in the wings for an opportunity.

Such has been the form of Liverpool’s No.18, it has seen him earn a recall to the Spain squad, and he could feature for his country when they host Costa Rica in a friendly in Malaga on Saturday evening.

Asked whether he felt Moreno had won over the backing of the supporters, Klopp said: “Yes, because the players can always do that.

“If they have the quality they can win the fans back because we have no real idea about the games four or five weeks away or in the past. We are easy to convince in the moment.

“He did it now consistently which is really nice. I am happy for him because he had a very difficult situation last year. That’s how it was.

“We spoke before the last season what we wanted him to do differently. He needed a bit of time and now he is doing well.

“Hopefully he can do well in the future again because that’s how you show consistency. He has done that so far but that is the challenge for him and the guys in the future.”

Robertson, who was signed from Hull City in the summer, played the full 90 minutes for Scotland against Gini Wijnaldum’s Netherlands on Thursday and he will now return to Melwood eager for another opportunity to impress Klopp.

Liverpool’s No.26 has made three appearances to date, and Klopp insists he can take inspiration from Moreno as he bids to challenge the Spaniard for the left-back berth.

“It’s the exact same situation for Andy Robertson,” he said.

“People will say ‘why do you do that? Because he is here and not playing?’

“Because he has to learn. But there is no problem. We are in conversation, talk about it and he has to improve.

“As long as the other players are doing like this. Alberto is like a little machine, he never shows when he is tired and stuff like this. Andrew has had a little less rhythm. So you think now, okay, he will have a game with the national team and come back. We will have a little internal game then and that’s good for Andy.

“So he’s on a good way, a really good way. It’s going well apart from maybe he is not happy he cannot start so often as he would have thought from the beginning.

“But it’s all about improvement and then to be ready for the moment you are used.”

Andy Robertson: The draw is disappointing and we need to be better