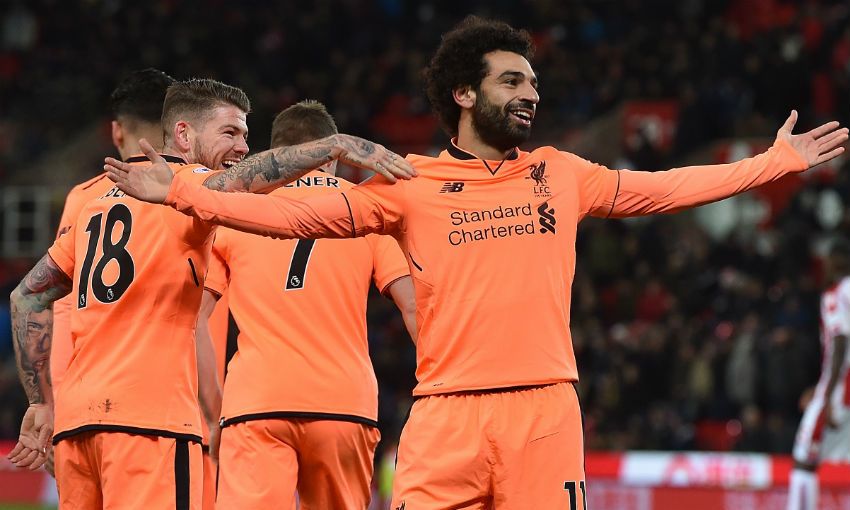 In pictures: Reds hit three past the Potters

Jürgen Klopp restored Mane to his starting line-up as one of six changes from the weekend’s 1-1 draw with Chelsea and was rewarded just 17 minutes into contest at the Bet 365 Stadium when the No.19 coolly lifted the ball over Lee Grant and into the Stoke net.

Salah was named among the Reds’ substitutes, with Klopp electing to give the Premier League’s top scorer a 25-minute run-out in place of Dominic Solanke, who impressed on the occasion of his first top-flight start.

That decision paid dividends, too, as Salah produced two clinical strikes in quick succession to take his personal tally for the campaign to 17 and seal a win that moves Liverpool up to fifth in the table. 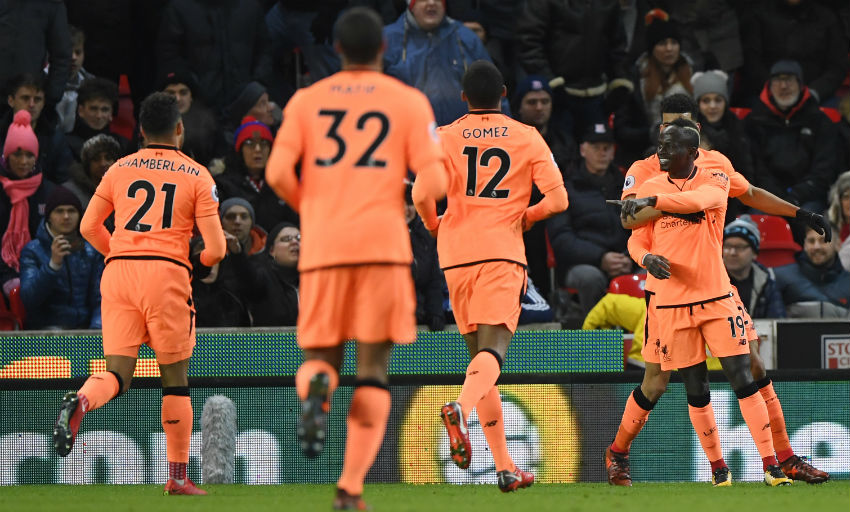 Dejan Lovren, Emre Can, Gini Wijnaldum, Roberto Firmino, Mane and Solanke all came into the Reds' side.

After an uneventful opening, the game’s first moment of genuine quality saw Liverpool take the lead in the 17th minute.

Joe Gomez raced to the byline and cut Alex Oxlade-Chamberlain’s pass back to Solanke, and a deft touch from the young striker enabled Mane to break free of Ryan Shawcross and dink over Grant from close range. 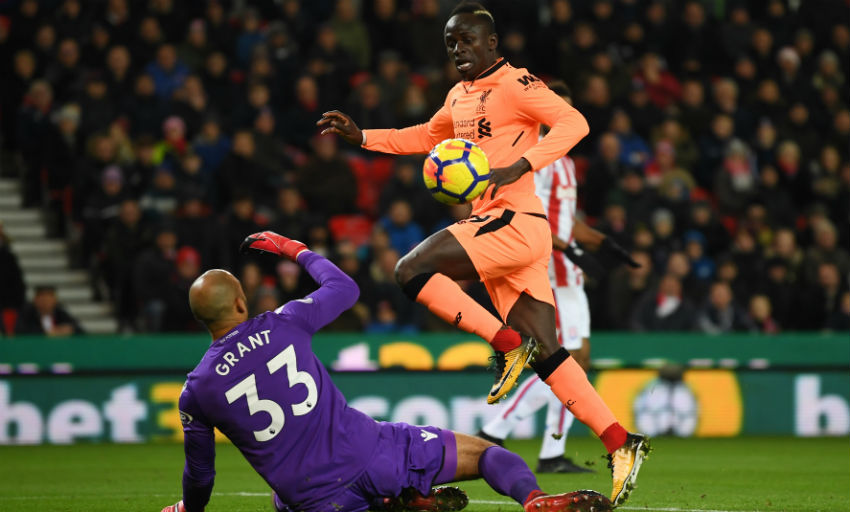 Wijnaldum blocked a thunderous half-volley from Darren Fletcher on the half-hour mark - a moment that roused the home team and fans alike.

The Reds weathered that brief storm, though, and Solanke could have doubled their advantage when he played a neat one-two with Firmino and shot at goal, but Grant was equal to his attempt.

Mane then missed an even better chance just before half-time, as he latched onto Solanke’s pass from deep and clipped the outside of the post after bearing down on Grant.

Only a vital touch from Lovren, which diverted Joe Allen’s effort wide, prevented Stoke’s early pressure in the second period from yielding an equaliser.

The increased onus on the hosts to attack meant Liverpool had more space to counter in to, however; a fact perhaps reflected in Klopp’s decision to bring on Salah in place of Solanke with 65 minutes on the clock.

And, after Allen has again missed a presentable opportunity and just 11 minutes on from his introduction, Salah - almost inevitably - got himself on the scoresheet.

Mane wriggled away from Darren Fletcher and stood up a cross to the No.11, who slammed an emphatic left-footed volley past Grant.

Salah wasn't finished there, either, as he seized possession ahead of Erik Pieters and calmly slotted beyond Grant to round off an ultimately-comfortable victory.