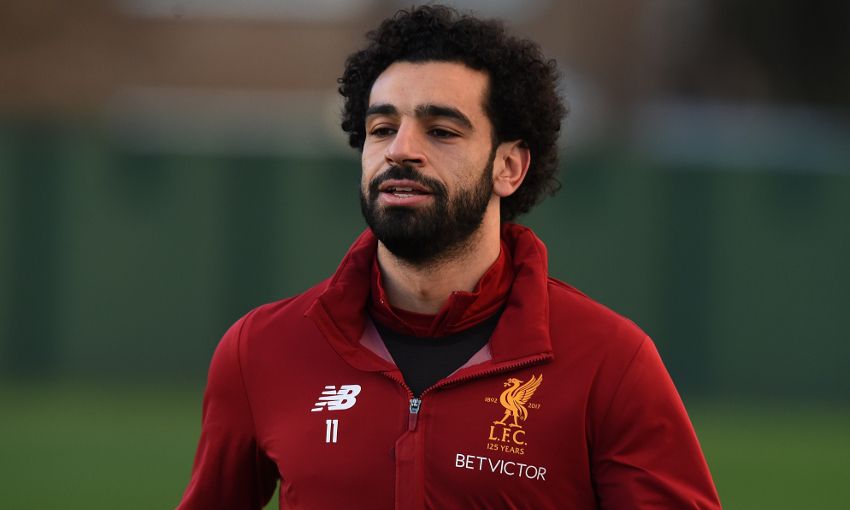 Top scorer Mohamed Salah is a doubt for Liverpool's opening game of 2018 – the Premier League clash with Burnley on New Year's Day.

The Egypt international’s brace secured a comeback win against Leicester City last time out, and increased his total for the season to 23, but he limped off shortly before full-time.

“I don’t know in this moment exactly [what it is],” said Jürgen Klopp after the game. “We have to see what his problem was. We will see what he can do for the next game.”

Simon Mignolet will return in goal on Monday.

The Belgian was a substitute for the 2-1 victory over the Foxes at Anfield, with Loris Karius deployed as the manager opted to rotate in the interests of freshness.

But Klopp confirmed during his post-match media duties that Mignolet – who made his 200th appearance for the club on Boxing Day – is set to start at Turf Moor.

More changes are anticipated too, given that the encounter will get under way fewer than 48 hours after the final whistle was blown on a frantic, energy-sapping contest with Leicester.

“[The medical department] will tell me who is available for playing again and that’s all I need to know. Then I’ll make the line-up,” the boss explained.

“I don’t know exactly how many changes we will make but I would say for sure more than one.”

Sean Dyche has James Tarkowski available for selection again after the Clarets defender served a three-match suspension for violent conduct.

The Burnley boss named exactly the same starting XI in the past two matches, a 2-2 draw at Manchester United and goalless stalemate with Huddersfield Town.

Asked if he will attempt to rotate for the visit of the Reds, he said: “We’ll try. We’re stretched at the moment with injuries. We’ll see what we can do. The main thing is to recover, see how the lads are and we’ll take it from there.”