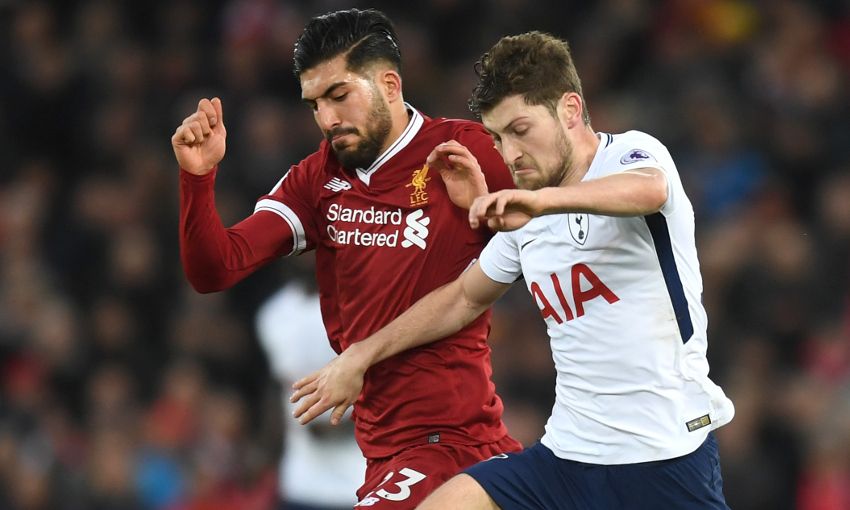 Liverpool were held to a 2-2 draw by Tottenham Hotspur following a dramatic end to Sunday's Premier League clash at Anfield.

Mohamed Salah - who had seen his third-minute opener cancelled out by Victor Wanyama - appeared to have snatched all three points for the Reds with a magnificent solo effort in the final minute, shortly after a Harry Kane penalty was saved by Loris Karius.

However, at his assistant's instruction, referee Jon Moss awarded Tottenham a second spot-kick deep into stoppage time, allowing Kane to step up again.

This time, the striker made no mistake and Spurs, who enjoyed the better of the second half having been dominated before the break, escaped from a pulsating encounter with a draw that means the gap between the sides remains at two points. 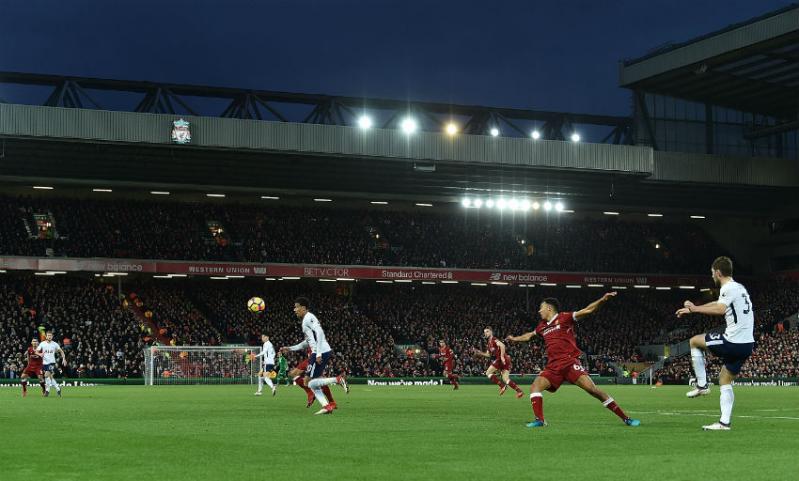 Jürgen Klopp made two changes to his starting line-up, with Virgil van Dijk and Trent Alexander-Arnold coming in for Joel Matip, who was named on the Reds’ bench, and Joe Gomez, who missed out altogether due to injury.

Liverpool’s early enterprise was rewarded in the third minute.

The ball ricocheted kindly to Eric Dier after Roberto Firmino had attempted to hold Jordan Henderson’s flick-on, but the Spurs midfielder’s attempted back-pass to Hugo Lloris was under-hit and, crucially, anticipated by Salah.

The prolific No.11 needed no second invitation to latch on to the loose ball and finish with ice-cool precision, sending Lloris the wrong way while burying his shot into the bottom corner of the Kop-end net for his 20th Premier League goal of the season.

Liverpool’s hunger was not sated by Salah’s opener, either.

James Milner saw his effort from an acute angle - made possible by a perfectly-weighted clipped pass from Alexander-Arnold - deflect and loop over Llloris and narrowly wide.

And then, in the 22nd minute, a delicious Alexander-Arnold cross was glanced wide by Firmino.

Tottenham gained something of a foothold thereafter, though Lloris was forced into action just after the half-hour mark when Van Dijk nodded Milner’s inswinging free-kick on target.

Karius had to be alert to stop Mousa Dembele’s low shot from distance, but the Reds deservedly held the advantage at the break. 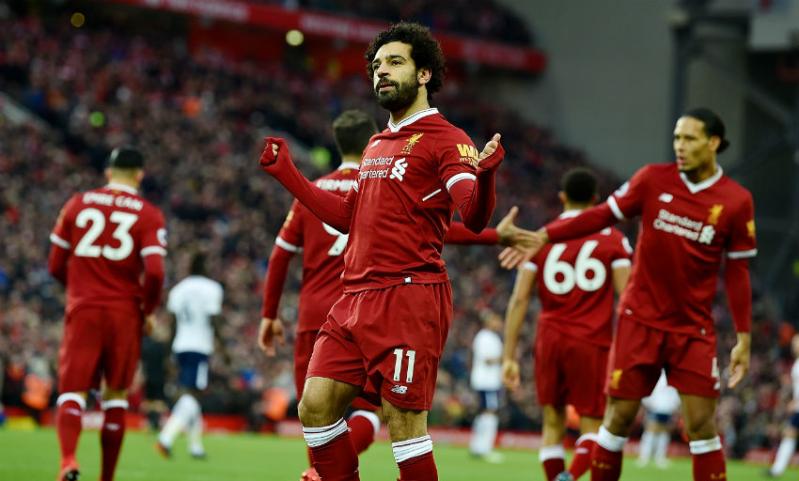 A front-foot start to the second period from Spurs would have yielded an equaliser in the 57th minute if not for an intervention from Karius.

Heung-Min Son sprung free and bore down on the Liverpool goal, only for Karius to get down and smother the forward’s attempt. Dele Alli dragged the rebound wide from 18 yards.

Georginio Wijnaldum and Alex Oxlade-Chamberlain came off the home bench as Klopp sought to regain control, but Tottenham continued pressing for an equaliser that eventually arrived in the 80th minute.

Karius punched a cross from the left clear and the onrushing Wanyama hit a stunning first-time effort into the top corner from 20 yards.

But the story was by no means over.

First, Kane was felled in the area by Karius before Liverpool’s goalkeeper read the striker’s intention to put the resulting spot-kick down the middle and palmed it away.

Then Salah gloriously slalomed his way through Tottenham's defence and lifted over Lloris for a 90th-minute goal that seemed to have won it for the Reds, but Kane converted his second penalty of the match - given after Van Dijk had been adjudged to have fouled Erik Lamela - deep into added time to earn a point for Spurs.

The top of the table