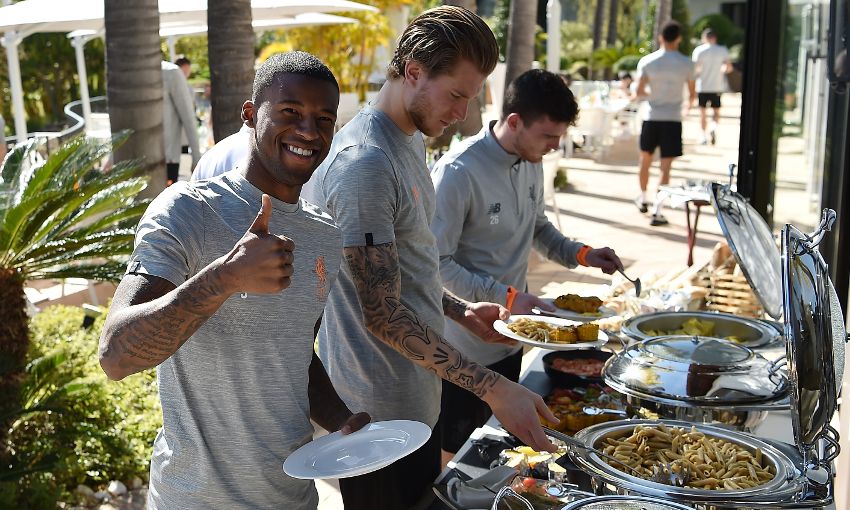 ‘Better than we could have imagined,’ is how Jürgen Klopp described Liverpool’s training camp in Marbella as he put his squad through two sessions on Saturday.

With temperatures edging past the 20-degree mark, the Reds continued their four-day workout in the Spanish sunshine having travelling to the resort from Portugal following Wednesday’s 5-0 win over FC Porto.

Liverpool will train again here on Sunday before returning home to continue preparations for next weekend’s Premier League clash with West Ham United.

Klopp told Liverpoolfc.com: “It’s been very good – it couldn’t be better, to be honest.

“It’s better than we could have expected; as you can imagine, if you win such an important game like Porto, usually you go home and it’s business as usual because the next game is waiting. Now, we didn’t have that situation so we could enjoy one night to think about it and realise how special it was – because it was special – and then coming here.

“Since we are here, the weather has been great, we’ve enjoyed each session and each hour since we are here. If you cannot enjoy it, you are a poor person! It’s all good so far.”

It’s not just the hard work on the training pitch that Klopp believes Liverpool will benefit from during their stay in Marbella.

The boss is also keen to use the time away to strengthen the bond between everyone involved on the trip.

Klopp said: “When you see the boys together now, having lunch outside… if you’d only came for one hour to have lunch in these surroundings, it would have been worth it!

“We have so many things to come still and so many things to go for that we really need each percentage that we can get from this group. The better the group they are, the more success we will have. It’s an important thing.

“I know that we all love our families and it would have been cool to have a day off at home and spend it with them, but we are in the middle of the season and the most decisive period is coming up now.

“I am really happy the club gave us the opportunity to come here – and now we are here, we mix it up with hard work and a little bit of joy.”

Part of the team bonding process is players sharing rooms at the complex for the duration of the stay.

And the pairs are decided by a draw, which Klopp conducts by picking names out of a hat.

The manager explained: “I’ve been doing it for 18 years. I know the boys, especially in England, are used to single rooms, but a training camp is for hard training – a lot of sessions and a lot of meetings – but as well, it’s for knowing more about each other.

“I always do shared rooms at a training camp and it’s a draw. It’s like the Champions League draw! I pick out the names, it’s very funny because the players are really nervous before it! It’s a good thing.”