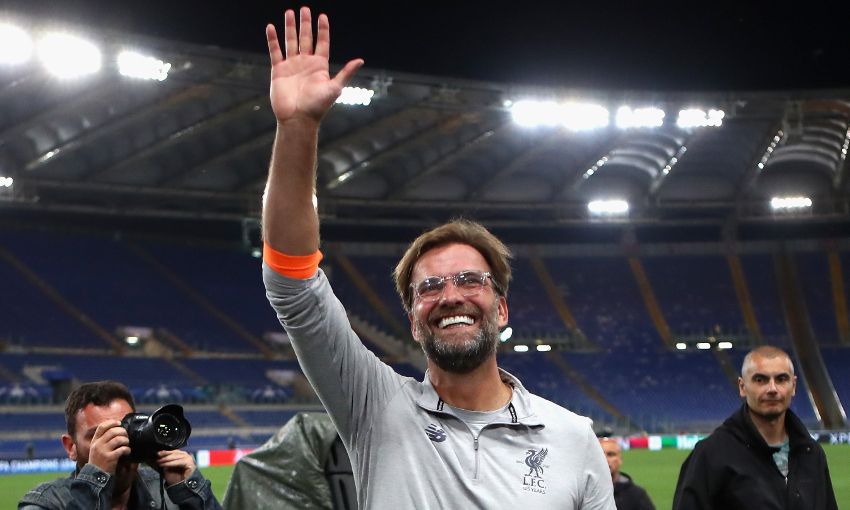 Jürgen Klopp explained how Liverpool wanted to use the incredible scenes at the end of the clash with AS Roma as a way of thanking fans for their support during the Champions League journey so far.

The Reds ensured they reached the final of the tournament with a 7-6 aggregate victory over the Serie A side in Italy, with the final whistle sparking jubilation among the travelling contingent.

The squad and staff made their way to the corner of the Stadio Olimpico, where the visiting supporters were situated, making for wonderful images of joy as progression into the final was celebrated as one.

“These people have followed us all over Europe, come to Anfield every week, create atmospheres which are absolutely exceptional and we all know how big their desire is to come back on the winning track.

“They have had such a big part of that in the season so far, so I really think if they wanted to see me then they can see me, that’s no problem.

“They have to wait in the stadium [after the game], so to say thank you in a football way with celebration moves, I have no problem with that.

“It was really nice and I have to say thank you to them for their fantastic support.”

LFCTV GO: Watch the best of the second leg action in 90 seconds

Want more Champions League coverage? Sign up to LFCTV GO and get your first month for free>>>