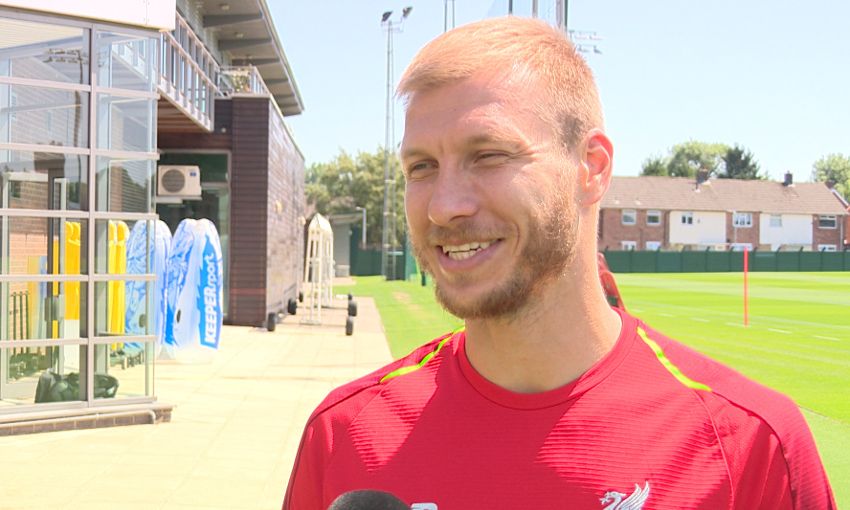 Ragnar Klavan has admitted he isn't the biggest fan of the gruelling pre-season training period but the defender acknowledged the importance of using this time to lay foundations for the campaign ahead.

A number of Jürgen Klopp's first-team squad reported back to Melwood on Monday morning to begin preparations for 2018-19, with fitness tests the first port of call.

That involves plenty of running for the players - not something many would cite as their favourite part of the profession.

But, when asked if he was glad to be back at Melwood, Klavan told Liverpoolfc.com: "Yeah, of course. It's quite good weather, actually, so I'm surprised, everything's nice.

"It's always nice, the first day back at Melwood, you see so many excited faces and everybody's ready to rumble.

"I think it's [difficult] but it's so important if you want to have a good season - this pre-season is needed.

"A lot of running, of course, it's not ideal but it's what you do."

The Estonian was also pleased to be able to catch up with teammates old and new, with summer additions Fabinho and Naby Keita joining up with more familiar faces on Monday.

Of the duo, Klavan said: "They seem like really good guys and they fit in no problem in this squad. It's good."

And on the remainder of his colleagues, he added: "You haven't seen [your teammates] for four weeks and you see them and everybody's well rested and ready to go.

"Last week, I think I was a little bit [down] because my vacation [was] ending.

"But the day you come back, you see those excited faces and everybody is ready to go and this is so cool."

Tickets for the Reds' pre-season games are still on sale - click here for more details.