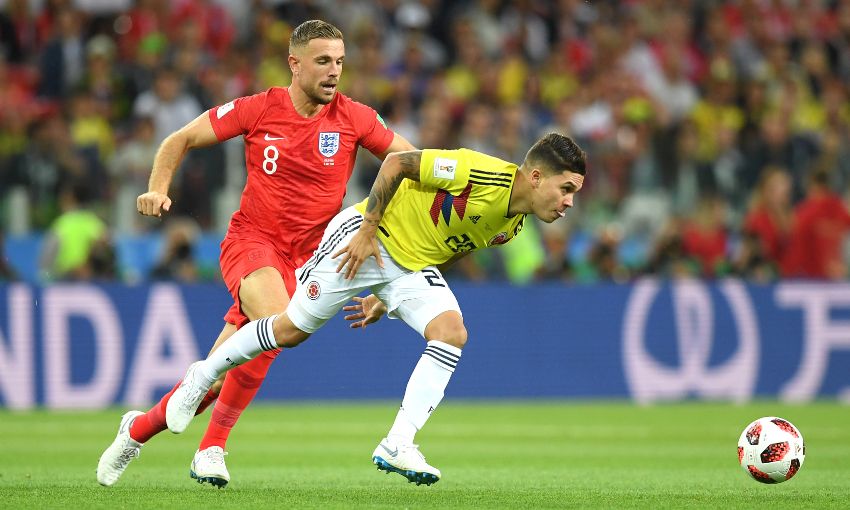 Jordan Henderson saw his penalty saved but England reached the quarter-finals of the World Cup by beating Colombia in a shootout after a 1-1 draw in Moscow.

The Liverpool captain was tireless in the Three Lions’ midfield across the 120 minutes of a scrappy and frantic last-16 encounter at Spartak Stadium.

Gareth Southgate’s side looked to have won the tie in normal time after Harry Kane converted a 57th-minute penalty having been hauled down in the box.

But the South Americans levelled three minutes into stoppage-time through Yerry Mina’s header and nothing could separate the teams by the end of extra-time.

Henderson stepped up to take his country’s third penalty in the subsequent shootout but was thwarted by Colombia goalkeeper David Ospina, diving to his left to save.

However, Los Cafeteros hit the crossbar with their next effort and Jordan Pickford then brilliantly denied Carlos Bacca, allowing Eric Dier to net and book a place in the last eight.

Trent Alexander-Arnold was an unused substitute for England, who will now face Sweden in the quarter-finals at 3pm BST on Saturday July 7 in Samara.