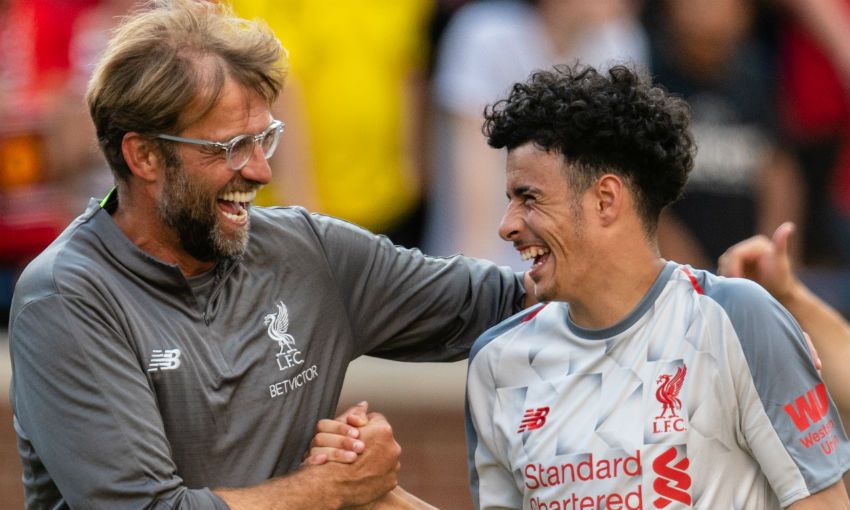 Having a Scouse contingent within his Liverpool squad is significant to Jürgen Klopp.

Last term represented a breakthrough campaign in the career of Trent Alexander-Arnold, an Academy graduate from the West Derby area of the city whose impressive displays at Premier League and Champions League level earned him a spot in England’s World Cup squad.

Another Liverpool-born youngster has caught the eye during the ongoing pre-season, too, with 17-year-old Curtis Jones having performed well during all seven of the Reds’ friendlies to date.

And Klopp has explained that he prizes the opportunity to be able to call on players who hail from the local area.

“I love it, I love it! It’s important for this club,” the boss told Goal.com.

“If you have the chance, then you should do it. How many people live in Liverpool? 500,000? Iceland has 330,000, I think, so Liverpool should have enough people to create our own team!

“But of course, the more the better. With Stevie and Carra, it was great to have those kind of boys come through, really cool. We will see with Curtis, there is still a long way to go but the first signs are really positive. He’s a good player, he can be very good, we will see.

“It’s always this little plus if they come from Liverpool. If I have two players, same quality, but one speaks proper English and the other one speaks Scouse, the Scouser is in! That’s why we are Liverpool.”