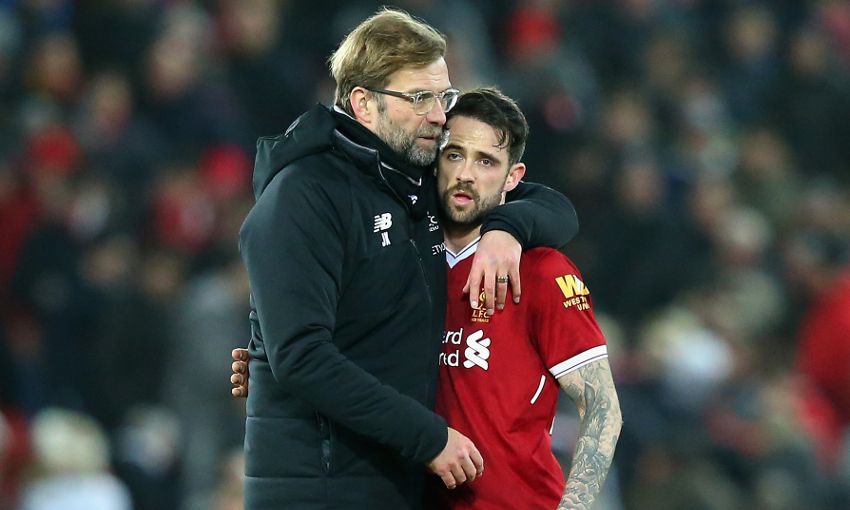 Jürgen Klopp has paid a heartfelt tribute to Danny Ings after it was confirmed the striker will leave Liverpool to join Southampton.

The striker will initially move to St Mary’s on a season-long loan before the transfer is made permanent on July 1, 2019.

It brings a three-year spell at Anfield to an end following a switch from Burnley, during which time Ings was forced to battle back to fitness from two serious knee injuries which restricted him to just 25 appearances and four goals.

Klopp admits it is with a heavy heart he granted the popular 26-year-old the opportunity to leave the Reds, telling Liverpoolfc.com: “It is a very strange feeling saying goodbye to Danny. The biggest emotion is how much we will miss him.

“He is such an outstanding boy. Honestly, if you could bottle character and spirit, his would sell worldwide - he is so incredibly positive and full of energy. But we won’t just miss his character because he is a footballer who has all the tools.

“What is clear is that in his time here he had zero luck really, certainly in my time. Before joining I tried to watch as many games on tape as I could from the season so far and Danny Ings stood out as someone I was really looking forward to coaching.

“We all know his story and the bad luck he has had since then.

“It’s why the other emotion is that of being pleased for Danny that he has such a good move and his future is now very bright.

“When he said to us he thinks this is the window it might be best to look elsewhere, for the sake of his career and playing more regular football, it was clear early on that Southampton has great appeal to him personally. It’s his home, his family is there, it’s his boyhood club. They have a great manager and I think the supporters and him will feed off each other’s passion and energy.

“So we say farewell to a friend, but for Danny I know the best chapters in his personal story are still to be written. He is as fit now as at any point of his career I would bet and he just requires the opportunity.

“He has that opportunity and on behalf of his Liverpool family we say good luck Danny and we will miss you.”