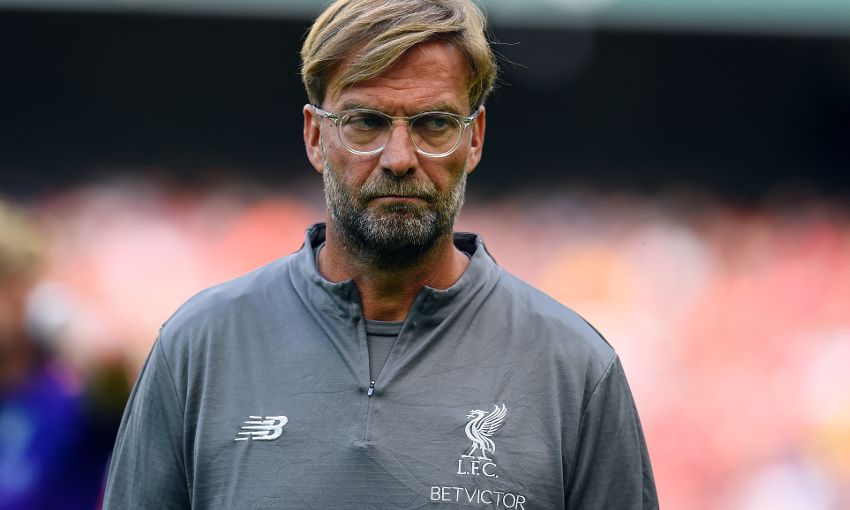 Jürgen Klopp has explained how Liverpool will make decisions on any further outgoing transfers this month.

While the Reds cannot add to their own squad with new recruits, teams in other European countries still have the opportunity to do business.

And Klopp was asked at his press conference on Friday how many players could be allowed to leave the club before the end of the month.

“It’s about the situation. It’s about how the offer is,” he replied.

“First of all, how is the need for us? So, can we give him the opportunity if he wants to leave? Can we do that or not? That’s it. Then there’s an offer and somebody has to accept the offer or not.

“That’s maybe a bit of the problem that the transfer window closed in England and the whole European world was waiting for that moment and starts now trying to dump prices or whatever to get good football players. That will not happen. We are not in a financial need situation where we have to do that.

“I want to have a very good squad together, the more players the better.

“But I really think we could give a few players the opportunity – but we have to see how many. There is no number in my mind at the moment.”

Klopp was also asked specifically about the future of centre-back Ragnar Klavan.

“First of all, I didn’t hear anything that anything is finally sorted. So, nothing to say from me about that,” said the boss.

“But, I’ve said before, in general it is possible that players will still leave the club. If that happens, it’s always good for both sides – or all three sides even. That’s the target and the goal we have in these circumstances. We will see what happens.