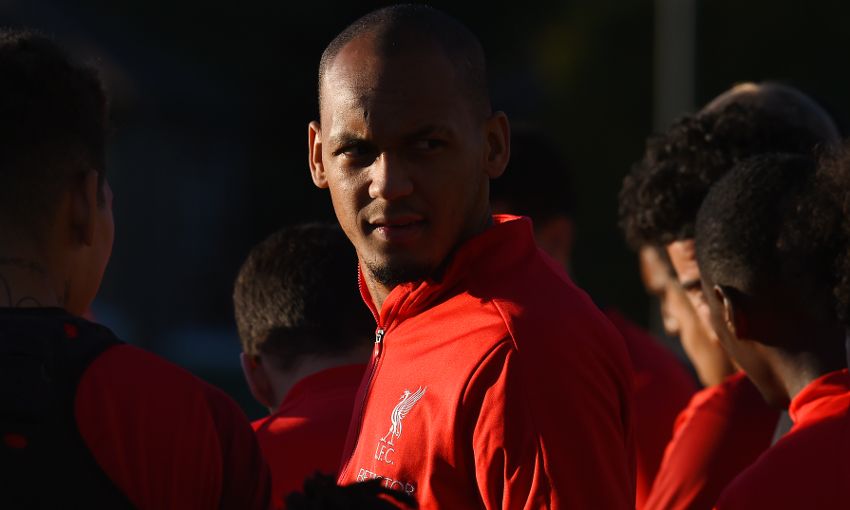 Fabinho must continue to 'close the gap' on his teammates as he competes for a starting place at Liverpool, explained Jürgen Klopp.

The Brazil international has made three appearances in all competitions for the Reds since signing from AS Monaco in the summer but awaits a first chance to begin a game in the Premier League this season.

Ahead of Saturday’s resumption of domestic football with a trip to Huddersfield Town, the manager was asked for an update on Fabinho’s potential opportunities.

“[He is] close,” replied Klopp at his pre-match press conference.

“I didn’t see him for 10 days so that’s not the best thing to judge exactly how he is. But he is very close, he is never far away.

“We spoke about it that he needs to get used to different things – that’s how it is for all the players. I had this situation so often, I can’t believe how often.

“I don’t like to tell too many old stories but Ilkay Gundogan didn’t play [for] half a year [under Klopp at Borussia Dortmund]; the only difference was he was a young player from Nurnberg and nobody asked for him. He asked! He wasn’t in the squad and there were a lot of difficult moments.

“You need to be ready, that’s how it is. At one point I have to make a decision if somebody is ready or not. We’ve already made the decision that he’s the right player for us. Now we have to come together.

“There is no problem but I can imagine in the moment that everybody asks you constantly, ‘Oh, you don’t play’ so the player is not really comfortable. For me, I don’t care too much; I have to explain it.

“But there is only one reason: because another player fits better in the moment. It is one reason, no other. I really think a lot about who plays on which position. As long as always there is a player ahead and is fresh then the other player plays.

“It’s about the new player to close that gap. It always took time and will always take time. But when you close the gap, go and you make us better. That’s the plan.”