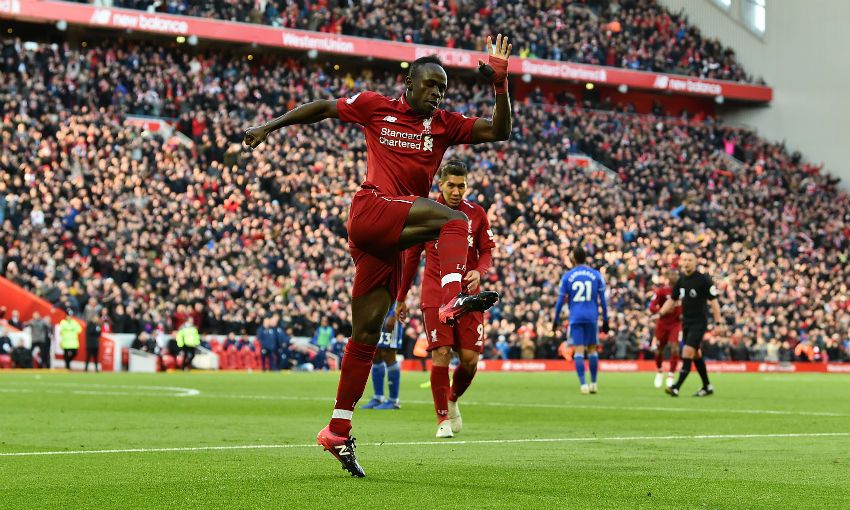 Sadio Mane’s first goal against Cardiff City was a case of preparation being put into practice.

The No.10’s ferocious left-footed strike put Liverpool 2-0 up over Neil Warnock’s team at Anfield on Saturday.

After collecting Alberto Moreno’s pass on the edge of the box with his back to goal, Mane twisted and turned in an attempt to find space to get his shot off.

Dogged defending by Cardiff initially prevented him from doing so, but the forward displayed persistence and tenacity to win two challenges before smashing an effort into the far corner of the Kop-end net.

Speaking after the Reds eventually ran out 4-1 victors - thanks also to Mane’s second of the game and earlier goals from Mohamed Salah and Xherdan Shaqiri - Jürgen Klopp revealed that the importance of such situations was stressed to his squad pre-game.

Watch Mane's goal from every angle

“Yes, absolutely. It was like this and you have to do it like this,” the boss told Liverpoolfc.com, after being asked whether Mane’s perseverance typified his team’s determination to win on Saturday.

“It’s like a whole counter-press situation: lose the ball, get it back, shoot and fire in, so that’s really good. We had these situations against Belgrade [and] you need that. You need that constantly, actually.

“You need to play the pass with the risk to lose it. If you lose it you can win it back and then you have a gap at least for a second or so. To create a gap in a game like this you need kind of 10, 15 passes.

“We did that in a lot of moments really well. I don’t know the percentage of possession but it should be massive as they didn’t have the ball a lot. That’s what we prepared and I’m really happy.”

Sadio Mane: It's not just about the front three>>