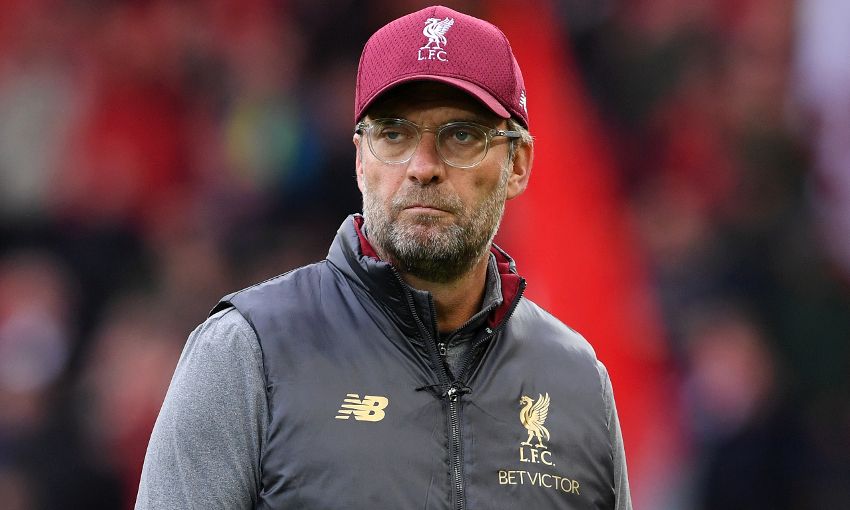 Jürgen Klopp is positive and optimistic ahead of Liverpool's Premier League clash with in-form Arsenal on Saturday evening.

The Reds journey to Emirates Stadium for a game against a side unbeaten in their last 13 fixtures in all competitions under Unai Emery, who took over from Arsene Wenger in the summer.

Klopp – who has taken 11 points out of 15 in league encounters with the Gunners – assessed the challenge awaiting his team in north London during a pre-match press conference at Melwood on Friday.

The boss also provided an assessment of Liverpool’s season so far and offered insight on why the amount of chances created by his players in 2018-19 is a source of encouragement.

They are a different proposition every year. I remember a lot of good games and tight games against them; it was always proper football against them. They were always really big challenges for us. If you would have asked me, I wouldn’t have known we’d had 11 [points] out of 15. I only knew it was always hard work and that will be the case again. They are really strong.

Unai Emery had the big task to come in after Arsene Wenger after what felt like 50 years of Arsene Wenger at Arsenal. He did brilliantly. After a tough start they started an impressive run – hopefully they’re not still in it! It will be a very, very interesting game.

They are well organised with a clear plan, good in counter-attacks – all they can do quickly is outstanding – and good in small spaces as well. It’s a tough game. Nobody made them a present and gave them points, they had to work for it and they deserved it. We need to be ready for that, for sure.

On the Reds’ campaign to date…

My big, big, big assessment is: so far, so good. Nothing else; a quarter of the season is nothing because there are three-quarters to come. It is still the start. We didn’t do anything special – we expect from ourselves that we win football games. The boys played really well in a lot of games. I know we won games and immediately the discussion came up that it was not the same way we played last year and stuff like that. But we stuck to our plan; we did what we had to do.

As long as the majority of the boys are fit then we have a really good football team. And having a good football team, and playing for a massive club like Liverpool, means you go into pretty much each game at least with a big chance and for sure with a big wish to win it. That doesn’t always make life easy but we learned to deal with that again after maybe a few years where it was not that obvious the players could cope with that situation.

We grew together. We still like working together, nothing changed in that, and we want to go for it together. It’s only the start but the start is good. I don’t see that it could have been massively better but it could still have been better. Now let’s carry on; keep on going, do the right things in the right moment, play the best football you can play and get results. That’s the job and that’s what we love most.

On Liverpool finding form in front of goal last week…

We created a lot of chances before that as well, apart from the Napoli game and maybe the City game, where there were not a lot of chances at both ends of the pitch. But we created, we only didn’t score. As long as you create, as a manager you should not be in doubt about finishing because the players don’t change overnight or over a week or month or over a season. They are the same boys; there’s always the chance to improve and develop, of course, but you have to respect that there can be a few drops as well.

Am I sure that we will from now on score a lot of goals in each game? No, unfortunately not. But I’m pretty sure we will create chances, and if we do that we have the chance to score. That’s all I need. I don’t want to have 1-0 wins 38 times. I’d take it of course but it’s an important part of the game that we really score as often as possible.

I don’t think we have to think too much about that before the next game against Arsenal because they don’t give that many chances away. But, of course, if we do well then there will be a few – and if we can use them and defend well, we have another chance to get three points. I think that’s positive and optimistic enough, to go to Arsenal and know you have a real chance to do something if you are at your best. We expect to be at our best all the time so I’m not in doubt that we will try everything. But there are still 90, 95 or maybe 100 minutes to go; exciting.