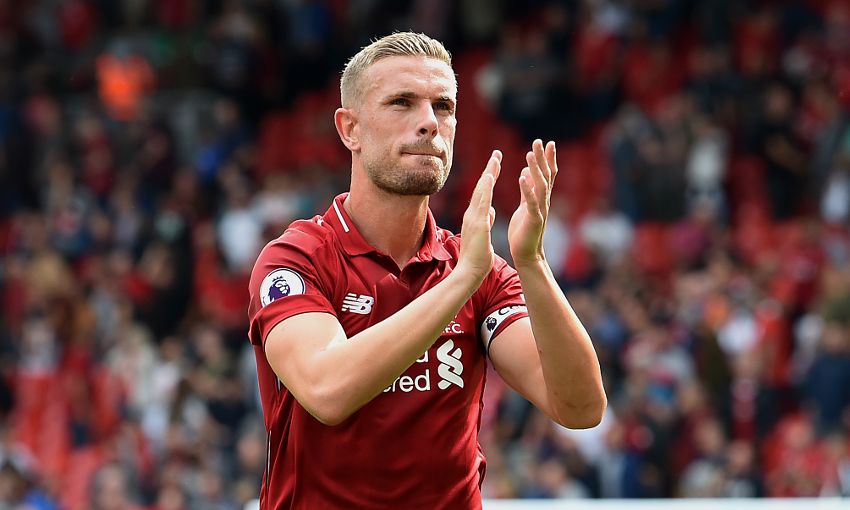 Jordan Henderson and Naby Keita are available for Liverpool's meeting with Fulham on Sunday.

Captain Henderson has missed the Reds' last four matches, while Keita has been sidelined for five games.

However, the midfield duo have recovered from their respective hamstring problems and are in contention to face Fulham, Jürgen Klopp confirmed on Friday.

"It's good to have them back, it's probably the first time that all midfield players apart from Ox are available," said the boss.

"That’s then another thing to do, making decisions, who starts with who, stuff like that. It’s all about then fitness level, form, shape, whatever and then we will see."

Klopp, who reported no fresh injury concerns ahead of the weekend's Premier League fixture at Anfield, was asked about whether Liverpool had missed Henderson's influence in recent weeks.

"When Jordan is not available we always miss him," he stated.

"I would love to say Hendo would have changed the whole game [versus Red Star Belgrade], but I am not really sure about it, the whole game was kind of strange and not us or whatever and the game before was Arsenal. That was actually an absolutely OK game but we only have to admit, and maybe a few people were surprised, that Arsenal are a good football team.

"They caused us problems, we caused them problems. We were 1-0 up, we had big chances, didn’t score and so it was 1-1, that’s all. But [that was] nothing to do with players in or out, it was just like it was."

Boss: Anyone who thinks Sunday will be easy should stay at home>>