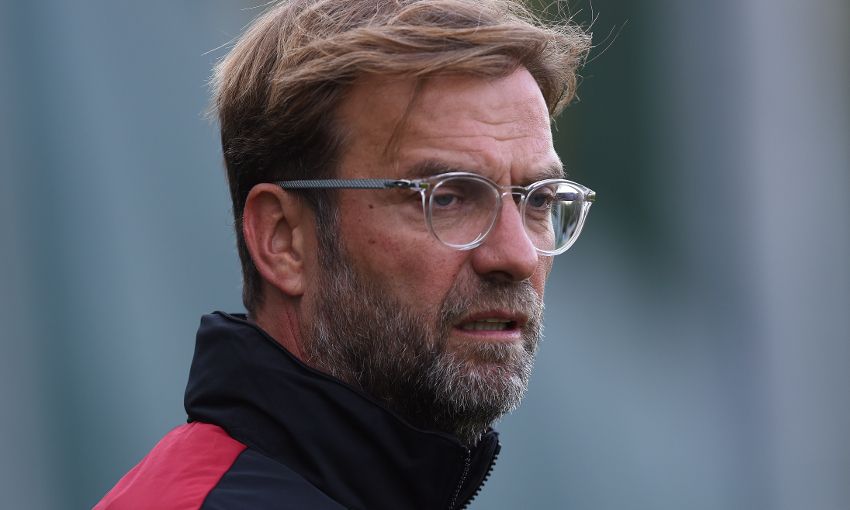 Liverpool could set a new club record on Saturday - but Jürgen Klopp’s focus is fully trained on the task of overcoming Watford, not a place in the Anfield history books.

The Reds head into the weekend boasting an impressive defensive record that has seen them concede just five times in 12 Premier League matches so far this term.

An eighth top-flight clean sheet in 2018-19 would take Klopp’s team into uncharted territory: never before has a Liverpool side conceded only five goals in their opening 13 games of a league season.

However, with Watford having enjoyed their own strong start to the campaign, Klopp believes it would be foolish to concentrate on anything other than the considerable challenge of returning to Merseyside with the three points.

“I didn’t know that so now I’ll put 11 defenders on the pitch to make sure we can get that record!” the boss joked, when the potential record was put to him in Friday’s press conference.

“How we all know, we discussed it already a bit differently in the last years when we spoke about: ‘You score that many goals but you concede unfortunately pretty much in each game as well.’

“We improved that obviously, which is good and very important for our development and for possible success. But I cannot change anything because of that record. We didn’t do it. It was not our main focus.

“We don’t go into the game and say we don’t want to concede - we want to win a football game. It makes life easier if you don’t concede, of course. That was good so far.

“But it will be a proper challenge tomorrow. It’s no coincidence that they are seventh in the league at the moment. We all know they had this one game against Bournemouth - and Bournemouth are flying, obviously - where they got a proper knock but in all the other games they were real challengers.

“I think they are second or third or fourth in conceding shots on target so you don’t get a lot of shots against them. You have to work and you have to be ready for the small things. It will never be an easy game. So we don’t have to think about records, we have to think about the way to get three points there.”

Javi Gracia’s men go into the match in seventh place, just four points adrift of Arsenal in fifth, and Klopp continued: “[They have been] really good. They have won six games so far already from 12, two draws - 20 points.

“They are really good; good football, lively, well organised in a 4-4-2 mostly. [They have] a good game plan - playing football, preparing direction constantly, usually with Deeney, who was out for a while but I think he will be back.

“We played two weeks ago against Fulham and Mitrovic did pretty well with a similar job to do actually. Troy is another step; he is really smart in that. He is hard against himself and hard against the opponent.

“It will be interesting - quick wingers, very good central midfielders in Capoue and Doucoure. Making an analysis of the game was nice, it was exciting. I knew it before. I didn’t have time to watch 90 minutes of all the games but earlier in the season I saw the game against Tottenham.

“It was already good. Set-pieces are good, which they used that day. That’s a proper package and for sure the best Watford team since I came in. The combination with the manager is a really interesting project there.”