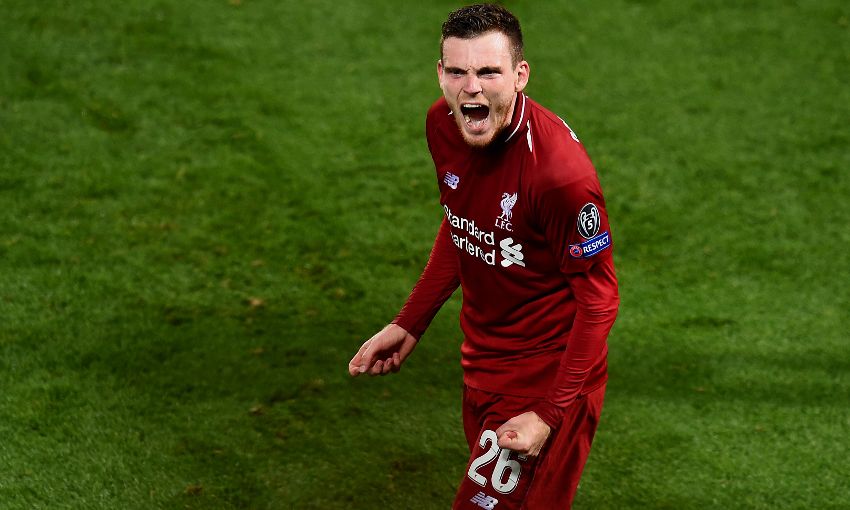 Andy Robertson could make a landmark appearance for Liverpool in tonight's Champions League clash with Napoli.

The 24-year-old defender, who joined the club from Hull City in July last year, will play his 50th match for the Reds if selected for the Group C tie at Anfield.

Liverpool will guarantee their place in the knockout stage of UEFA's flagship competition if they beat Napoli 1-0 or win by at least a two-goal margin.

Liverpool have lost just one of their last 23 European games at Anfield and are unbeaten in the last 18 at home, winning 13 and drawing five.

They have found the net at least twice in 14 of the last 20 European matches.

In 11 meetings with Italian clubs at Anfield, the Reds have won seven and lost four.

Liverpool have played Napoli at Anfield once before, in the 2010-11 Europa League, when half-time substitute Steven Gerrard scored a hat-trick in the final 15 minutes to give his team a 3-1 win.

Roberto Firmino has played in every one of Liverpool's 33 European games under Jürgen Klopp.

He and Mohamed Salah both have 13 goals for Liverpool from 20 European Cup appearances. Only Gerrard (30) and Ian Rush (14) have scored more. 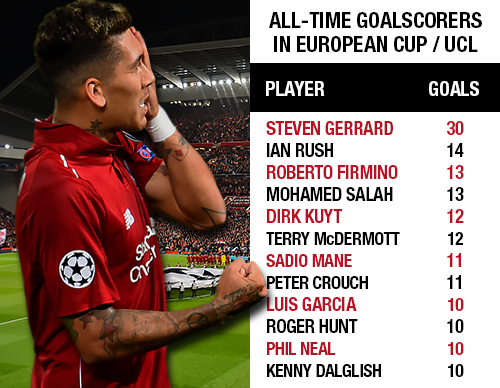 Since the start of last season, Firmino has been involved in 19 Champions League goals, with 12 strikes and seven assists.

Salah has scored 34 goals in his last 37 Anfield appearances in league and cup, and has 24 goals in the last 23 at home.

Napoli have played seven times in England, plus a trip to face Swansea City in Wales, and have never won - drawing twice and losing six times.

I Partenopei have never scored more than once in a game on these shores.

Carlo Ancelotti has faced Liverpool as a coach nine times in his career, winning six and losing three. He was in charge of AC Milan in the Champions League finals of 2005 and 2007.