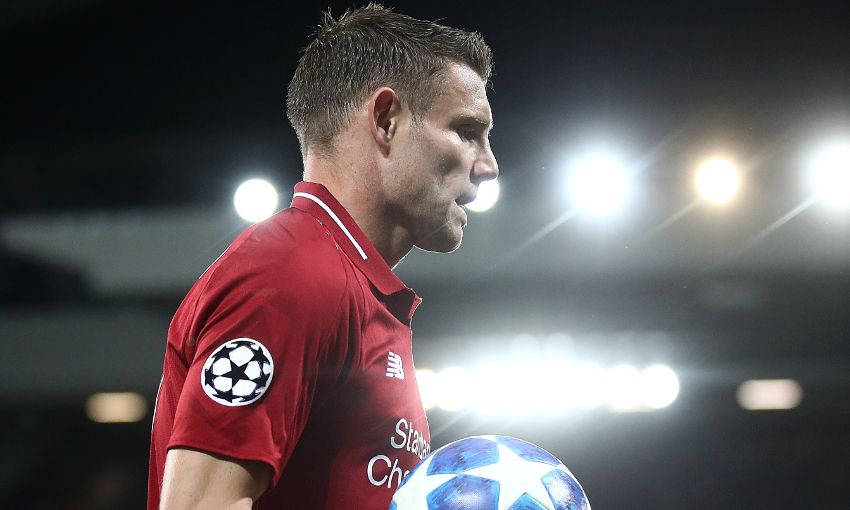 James Milner has confirmed he expects to return to action for Liverpool’s Premier League clash with Wolverhampton Wanderers on Friday night.

The vice-captain missed the Reds’ 3-1 win over Manchester United on Sunday after picking up a minor muscle issue during the previous fixture against Napoli at Anfield.

However, Milner is set to resume full training at Melwood on Tuesday and is confident he’ll be available for selection for the trip to Molineux.

“It was the right thing not to risk me at the weekend, so hopefully I’ll be fine for the next game.”