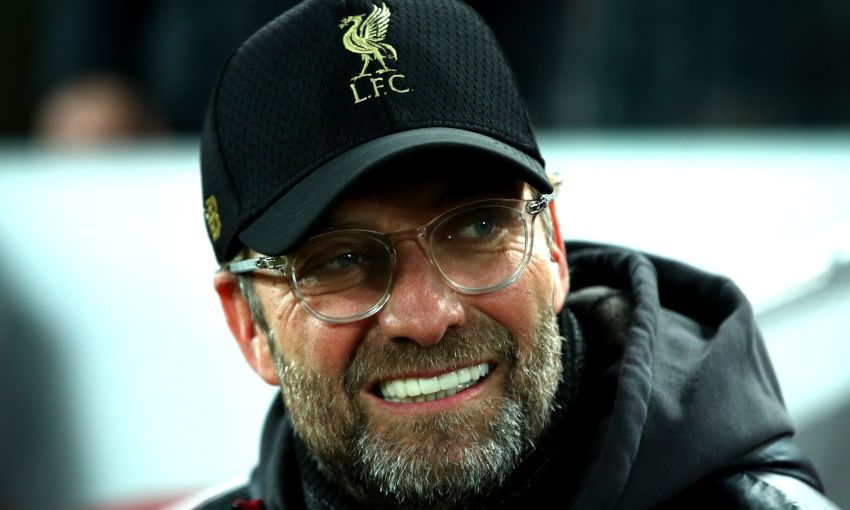 Jürgen Klopp does not have a secret for facing Pep Guardiola – his Liverpool side will simply 'try everything' against Manchester City this evening.

In four meetings with the reigning Premier League champions in 2018, the Reds won three and drew one, maintaining Klopp’s record as the most successful manager in direct opposition to Guardiola, dating back to their shared spell in the Bundesliga.

Liverpool, who are unbeaten in 20 league games this season and lead City by seven points before their meeting at Etihad Stadium, have lost only once to tonight’s opponents in the past seven matches.

But Klopp rejected any suggestion he has found the key to thwarting Guardiola as he explained what his side must achieve to gain a positive result in Manchester.

“It’s not that I feel like I understand 100 per cent what he’s doing,” the boss told Sky Sports.

“In the second leg of the Champions League [quarter-final last season] we had luck. I thought actually the game we played in the league [at the Etihad] was better but we lost it 5-0; it was a different situation because of the red card but we were really good in the game and were level.

“We like to defend these highest-quality teams – but it’s so difficult, to be honest, it’s just not easy.

“I was always blessed with really good football teams but, at the end, even if we won against Pep in a season, he was kind of 20 points ahead without the points from us. That’s not nice.

“I don’t feel I have the clue for Pep’s football, not a little bit. The only thing I can say is we will again try everything.

“We have to be brave, play football ourselves – which is a real challenge against them because they defend well and their counter-pressing is good – and they play different systems in one game, so we’ll have to adapt to that as well. It’s a big game.”