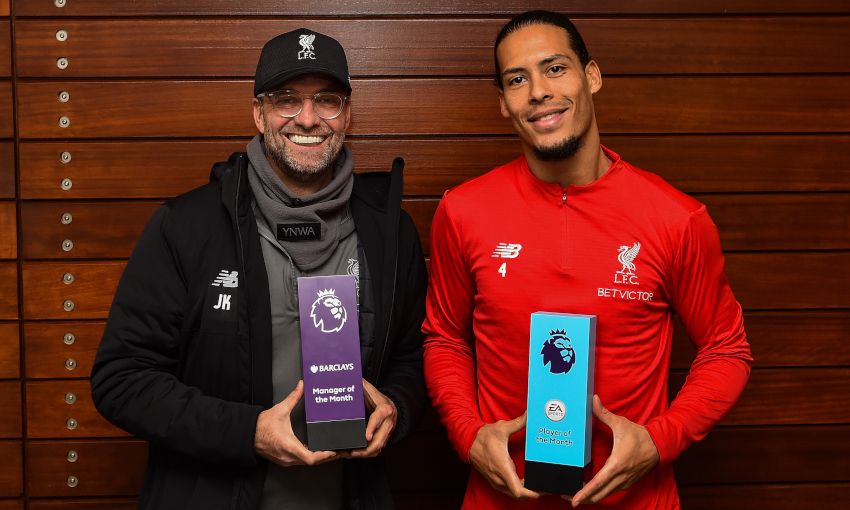 Jürgen Klopp and Virgil van Dijk have today been named as the Premier League's Manager and Player of the Month for December.

The pair were presented with their prizes at Melwood on Friday in recognition of Liverpool’s outstanding end to 2018.

The Reds won all seven outings in the division to move to the top of the table, with 22 goals scored and three conceded.

Van Dijk figured in each of those fixtures, helping the team to four clean sheets and also netting his first top-flight strike for the club in the 2-0 win at Wolverhampton Wanderers.

Klopp was last named Premier League Manager of the Month in September 2016. It’s the first time both awards have gone to Liverpool since March 2014 when Brendan Rodgers scooped the manager gong and Luis Suarez and Steven Gerrard jointly accepted the player prize.