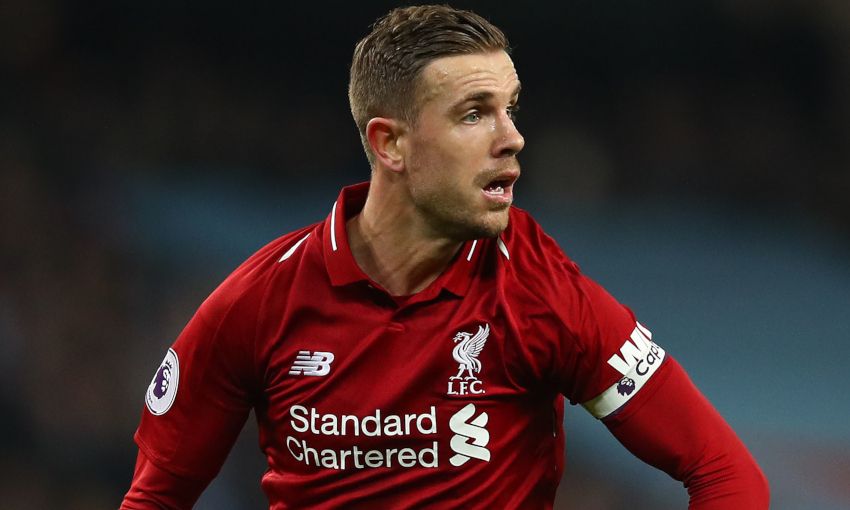 Liverpool will check on the fitness of Jordan Henderson and Joel Matip ahead of Saturday's Premier League meeting with Brighton and Hove Albion.

The Reds captain missed the FA Cup tie at Wolverhampton Wanderers earlier this week due to a knock sustained in the previous game at Manchester City.

But he was set to resume training at Melwood on Friday, revealed Jürgen Klopp, after centre-back Matip – who has not played since December 11 – did so on Thursday.

“Joel trained [on Thursday] for the first time with the team, which is already really good but we have to see,” said the manager at his pre-match press conference.

“We have to decide it day by day how he is doing, I am not 100 per cent sure. He feels good and that’s good for us, of course. Hendo will train [on Friday] for the first time, we will see what that then means exactly.”

Dejan Lovren is unavailable after picking up a hamstring injury at Molineux, however, and the game also comes too soon for Adam Lallana, while Joe Gomez remains sidelined.

Having made nine changes on Monday to combat fatigue and minor illnesses, Klopp added: “All are improving obviously, that’s clear. I don’t know if a few are available and for a few I know they are not available, so that’s the situation.”

Sadio Mane is in line for his 100th Liverpool appearance and Virgil van Dijk will reach a half-century of games for the club if he features at Amex Stadium.

Brighton will be without two players due to injury on Saturday – left-back Bernardo (hamstring) was forced off against West Ham United in the Seagulls’ previous Premier League match, while Jose Izquierdo (knee) remains sidelined.

Alireza Jahanbakhsh and Mathew Ryan are also unavailable as they compete in the AFC Asian Cup.

Chris Hughton’s side are unbeaten in their past four games in all competitions and beat Bournemouth 3-1 away from home in the FA Cup last time out.

“It’s about how you perform on the day,” Hughton said ahead of the Reds’ visit. “They will be big favourites, as everybody would imagine, and it will be us doing as well as we can on the day.

“I’d certainly rather be going into the game in good form than in bad form. In this game, people won’t expect us to get anything and anything we do get will be a bonus.”