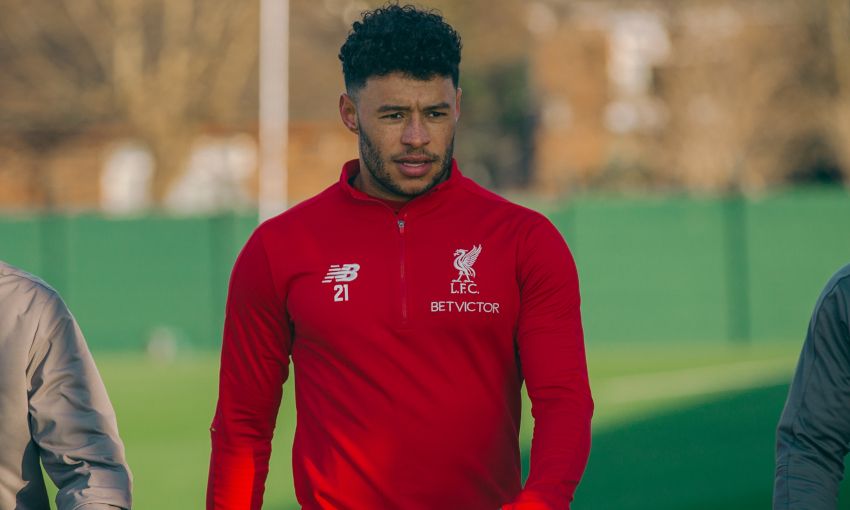 Jürgen Klopp fully understands why supporters were excited by footage of Alex Oxlade-Chamberlain training earlier this week – but insists Liverpool will take ‘no risks’ as he continues to work his way back to full fitness.

A video clip appeared on social media of the midfielder doing ball work during the Reds' four-day camp in Dubai.

It sparked an overwhelming response from fans, who are eager to see Oxlade-Chamberlain back in action after his nine-month absence due to a long-term knee injury.

Such sentiments are shared by Klopp, who admits he - quite simply - ‘can’t wait’ to have the 25-year-old available. However, he is keen to stress the importance of ensuring the England international only returns when he is fully ready to do so.

Speaking about the footage, the manager told Liverpoolfc.com at Melwood: “I loved it like the fans loved it, if they loved it! It is just brilliant!

“I didn’t lie, I said when you see him moving it is just unbelievable, he looks completely fine. The situation is now that we have to build endurance.

“What they did so far, it makes sense. You do the things to make sure the knee is again at 100 per cent. That’s obviously the case and that’s good, but from that moment on then you need time to adapt to the intensity of the game and that will take a while. But I pretty much can’t wait until we can involve him, at least for [a few] minutes. It is so nice.

“He had hard times in the year – and in the end it pretty much will be a year – but he dealt with it in an impressive way, to be honest. Still, everyone knew he had a hard time, but since five or six weeks [ago] you can see he sees the end, the light at the end of the tunnel, and that gave him a massive boost, gives us a massive boost, so now it is really close.”

Klopp continued: “I don’t think we talk about patience so much now, he needs fitness. He is not injured anymore, that’s what I would say, but he is not match-fit and that’s a massive difference.

“We cannot, and will not, use Ox before he is 100 per cent in all parts of the game, because anything else after not playing for a year pretty much, the risk would be higher.

"There is no reason for any risk. We want to keep him fit and healthy and use him for the next years.”