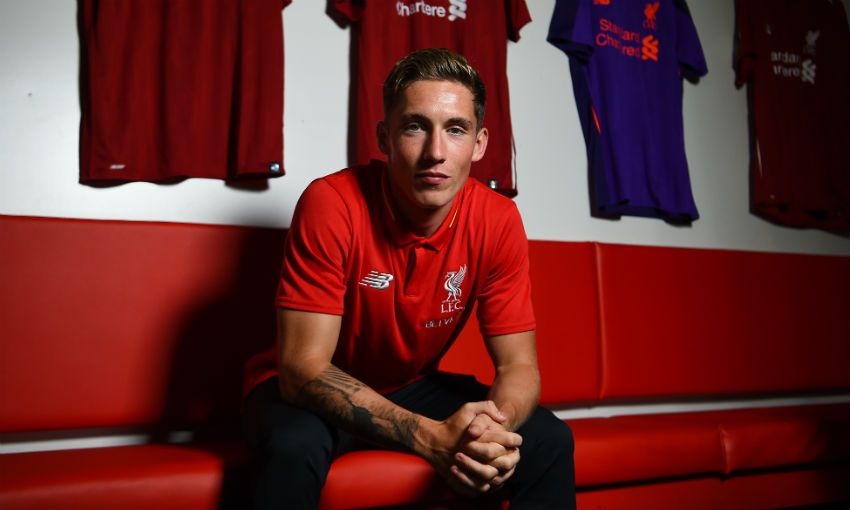 It was the harder times that pushed Harry Wilson forward.

The Liverpool and Wales winger is enjoying the most progressive season, in terms of sheer numbers, of his budding professional career during a loan spell with Championship side Derby County.

Wilson has scored 12 times in 27 appearances in all competitions for the Rams to help Frank Lampard’s team maintain a place in the play-off picture and reach the FA Cup fifth round.

All signs suggest an exciting future is ahead of a player who found the net with thrilling regularity at the Reds’ Academy and made his international debut before his 17th birthday. 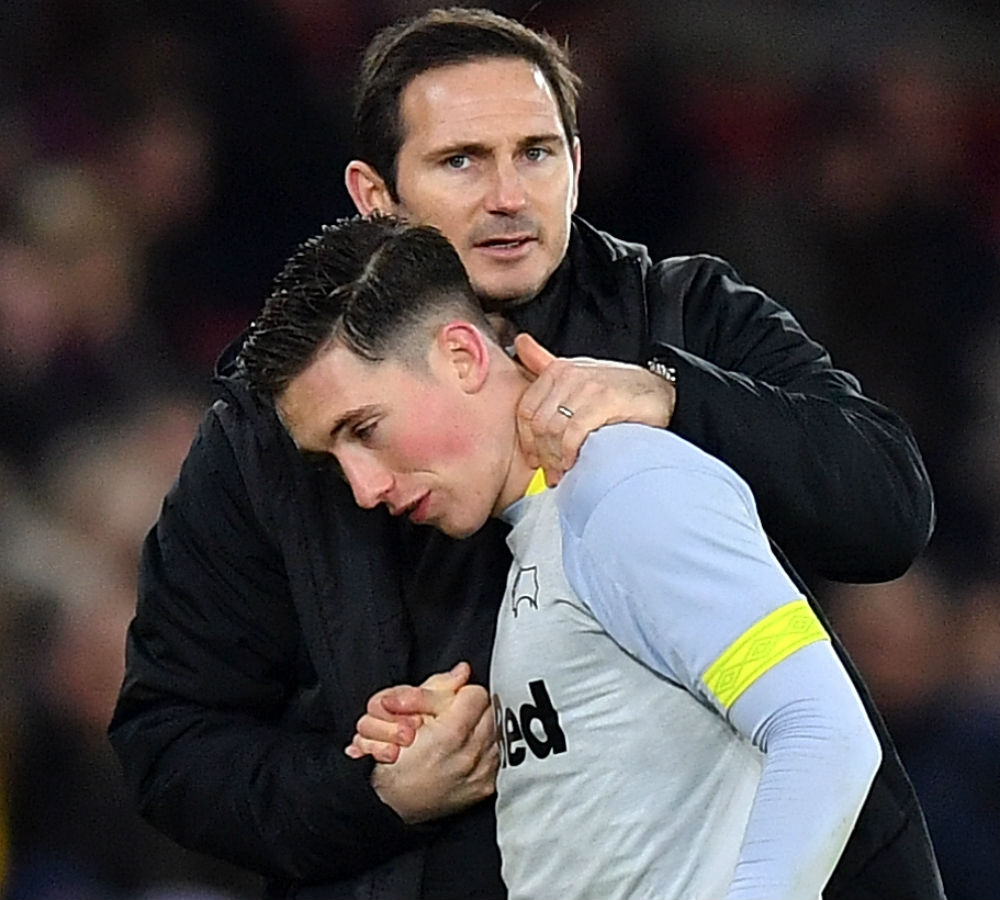 But Wilson’s turning point, the catalyst – his ‘epiphany’, as Alex Inglethorpe describes it – came not at a moment of peak form or breaking ground, but amid his toughest experience.

A temporary stay with Crewe Alexandra in 2015 included only seven outings for the young forward and was cut short; in the long-term, however, the education it gave him proved invaluable.

“He had a dismal time there and if you speak to Harry now, his evaluation of that experience is fantastic because I think what it did was give him a bit of an epiphany of what was needed,” Inglethorpe, the club’s Academy director, tells Liverpoolfc.com.

“I think he thought it was probably going to be easier than it was. There weren’t many bumps in the road up to that point and I think [the time at] Crewe probably robbed him of confidence.

“But I think he grew up. He came back different, he came back with his eyes far wider in terms of being open to suggestions about what he needed to work on.

“He was really well placed to take the steps he’s taken after that, because his mindset was far more on growth, whereas before it was more fixed, and I’m really proud of him.

“He’s someone that wants to improve and get better, but part of the Academy’s role is that if things don’t work out, if there’s another bump in the road, then we’ll be there to help, to support and advise if we’re called upon.”

Every player’s path is unique.

Talent, dedication, fortune and circumstance launched Trent Alexander-Arnold into the Liverpool first team and a World Cup before his teens were finished, for example.

Wilson’s arc, by contrast, has taken the 21-year-old away from the club on several occasions, with a seven-goal spell at Hull City last term a bridge to more opportunities in senior football.

There is simply no blueprint, Inglethorpe asserts, no right or wrong route.

“If someone gave me a blueprint of ‘this is how you create a player’, I’d doubt the validity of it,” he says.

“If you look at someone like Mo Salah, he had to go and accrue something like 250 games across three or four different clubs to get the opportunity to play for Liverpool. The 17-year-old Mo Salah wouldn’t take the place of the 26-year-old Mo Salah, that’s just fact, no matter how much potential he had.

“Therefore, the 17-year-old Mo Salah would have had to go through all the experiences he’s had to become the player that he is and the player that we all enjoy watching.

“That’s normal for a lot of players, so maybe Harry, or Ryan Kent, or Ovie Ejaria, whoever it is who is on loan at the moment, maybe they’ve got to go and accrue their 150 games and they still might not be good enough to play for Liverpool. That’s a fact.

“But what you are hoping for is them to get more experience and that with every year that passes, they become more and more credible in the club’s eyes and then become more of a solution to the first team.”

Does that path differ depending on a player’s position? Is it more beneficial to an attacking player to gain minutes elsewhere than a goalkeeper or defender?

Inglethorpe’s assessment is based on the evidence supplied by statistics, but also notable case studies of Reds stars past and present.

“Goalkeepers and defenders tend to be trusted less and come through a lot later,” he replies. “Full-backs might be different, but centre-halves then I think it’s very unusual that they would go straight in when they’re young.

“If you look at [Virgil] van Dijk, by the age of 20 he hadn’t played many first-team games, whereas if you look at someone like [Alex] Oxlade-Chamberlain, he played loads of games by the age of 18 or 19. He was well on the way to getting that experience, but Virgil was a later starter – maybe because that position requires greater trust, or because the experience and the physical capabilities you need to play in that position comes with a bit of age.

“Jamie Carragher’s a really good example of someone who had to start his career, ironically, up front, but for Liverpool it was in midfield and then it moves to full-back and eventually centre-half. It took him a fair bit of time to work his way inside the pitch and get the experience before he became an incredible centre-half.

“Going back to Harry or whoever is on loan, I think you’re probably right. I think as a forward you get opportunities off the bench: if the game’s in a neutral state or you’re a goal down, it’s a gamble and an easy decision [to bring them on].

“A young centre-half, you don’t tend to bring them on to shore things up in the last 10 or 15 minutes, you probably throw on an experienced centre-half who you know is going to deal with what the opposition are doing at that time.” 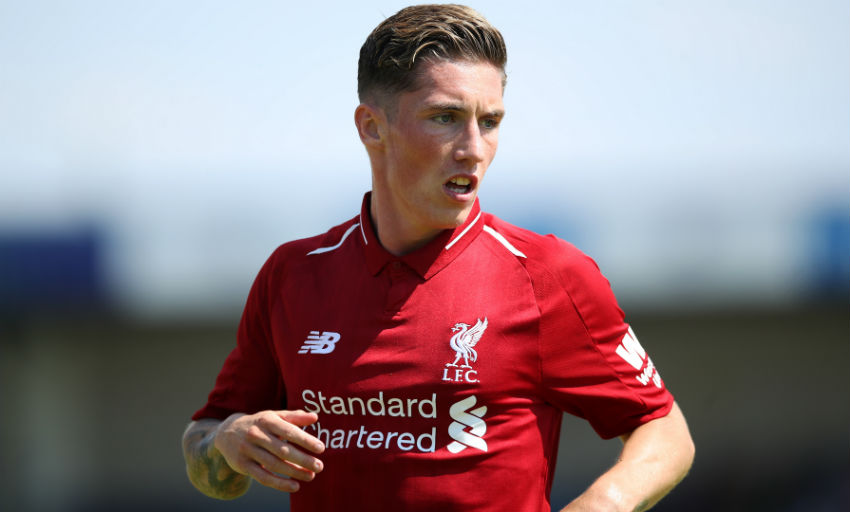 After Wilson’s adventure with Derby concludes in May, the Welshman will return to Liverpool for another chance to impress first-team boss Jürgen Klopp.

His challenge then will not be easy. “Is there a higher bar?” Inglethorpe asks rhetorically of the standards required to grasp a spot in the senior squad.

But Wilson will approach the task loaded with the understanding of its difficulty, the inherent necessity of having to displace world-class teammates.

At this level, that has to be the litmus test.

“It’s not the Academy’s position to say whether he’s ready or not,” states Inglethorpe. “That’s purely down to the manager and his staff to assess he has hit the criteria that they demand for someone to go in to the first team.

“That’s the challenge he has got to face: their bar, whatever it is they’re demanding, Harry’s got to prove he’s capable of doing that.

“You’d have to say that’s the challenge. If Harry wants to play for Liverpool – and I believe in him, I believe he can reach the level and he can do it – then he’ll know there’s some unbelievably good, world-class players that he’s got to compete with.

“But that’s the challenge, that’s the fun of it. It shows what an amazing club it is when players have got to think that way.”