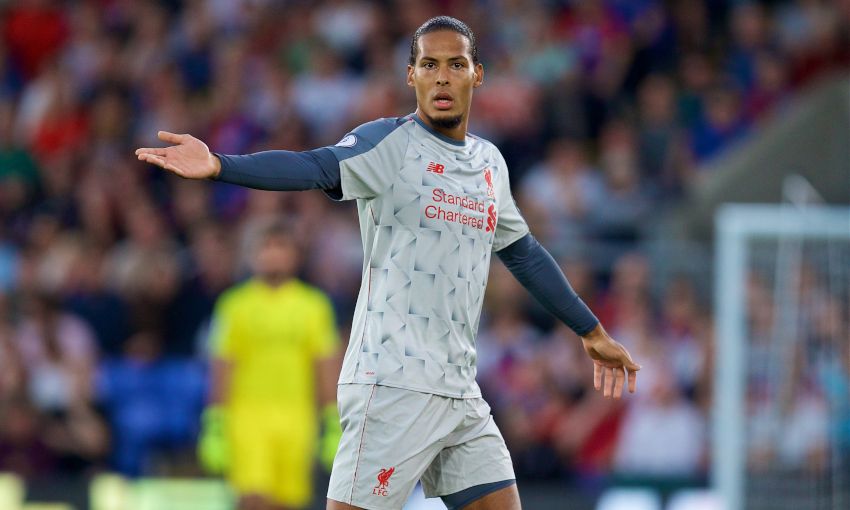 The Netherlands captain missed the midweek Champions League draw against Bayern Munich due to suspension but is in line to reclaim a spot in central defence.

Dejan Lovren (hamstring) remains sidelined but Xherdan Shaqiri's condition has improved after a minor abdominal strain limited his preparation for the meeting with Bayern.

"Dejan is not in, Joe [Gomez] is not in, but I think pretty much all the rest are in training at least," said Jürgen Klopp at his pre-match press conference.

"Rhian Brewster is still only in little parts [of training], Ox in bigger parts but not ready to play. The rest have trained and will train with us, but there is still a little bit of time.

"We thought if we needed [Shaqiri] for 10 or 15 minutes [against Bayern] we could bring him at least. Now he is another five or six days in training, which always helps."

Klopp also reported that Liverpool are in their best shape, in terms of the depth of options throughout the team, 'for a couple of weeks'.

"We have to make a choice between midfielders, full-backs, even centre-half if I think about Fabinho again in that position," added the boss. "I could make a decision about it. That's good. For us, it's a good moment."

An appearance for Jordan Henderson would be the 300th of his career in the Premier League and 400th in all club competitions.

United are hopeful of having Jesse Lingard and Anthony Martial available for the match after hamstring and groin injuries respectively.

The pair have yet to return to training with Ole Gunnar Solskjaer's squad since sustaining the issues in the Champions League defeat by Paris Saint-Germain earlier this month.

"I hope and think Anthony will be ready and I hope Jesse will be ready because it's two different injuries," said Solskjaer, United's caretaker manager, on Friday.

"So maybe more hope than think, with Anthony as well, but he's got a chance. Anyway, we still hope Jesse could be ready. Let's see. We've still got a couple of days' training left and they need to be part of it."

On facing the Reds, who claimed a 3-1 victory over United at Anfield in the reverse fixture, Solskjaer added: "We know we're in for a very tough game.

"But I think they know that coming to Old Trafford will be a difficult one. I think they will pay us respect and we will pay them respect."