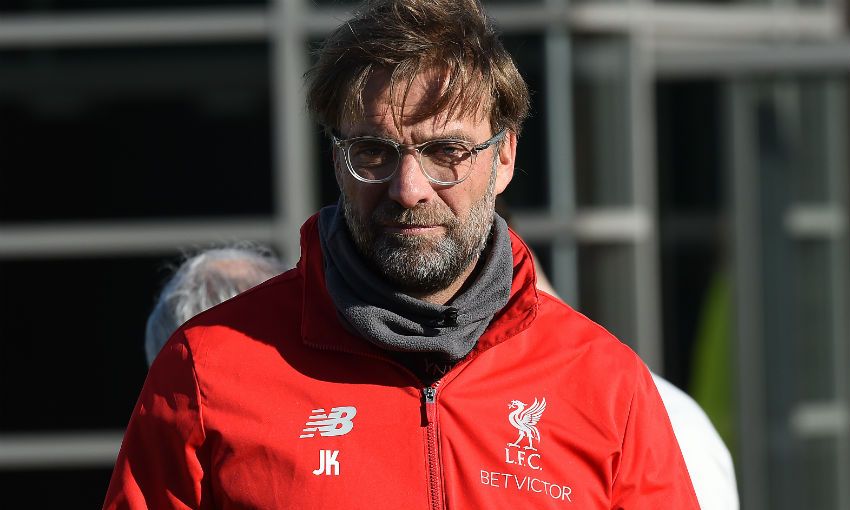 Having ‘different options’ at his disposal in midfield is vital to Jürgen Klopp as the intensity of Liverpool’s fixture schedule picks up again.

Sunday’s trip to Old Trafford is the first of three Premier League assignments in the space of seven days, with a midweek home meeting with Watford then being followed by the Merseyside derby at Goodison Park.

That represents a key change from the last five weeks, during which the Reds have played four top-flight matches and a Champions League last-16 first leg against Bayern Munich.

And Klopp is satisfied to be able to call on ‘five or six’ midfielders for the upcoming run.

“I expect that the players just understand it. It’s a typical thing,” the manager said, regarding rotation in that area.

“I will not explain to everyone why they don’t start because they will all start games.

“We don’t have to talk about Ox at the moment because he needs a bit of time. He looks so good in training but we need to make him resistant for all the things that are coming up.

“For all the others I expect them to understand it. You cannot always have three players in midfield and they play and I have to wrap them in cotton wool - ‘Oh come on please, don’t do this step and this step’ or ‘Oh you feel something, come off training.’

“Now we have five or six players for midfield and that’s exactly how it should be.

“All credit to the boys because they always deal with it. I’m not in doubt that they will deal with that situation as well. Make yourself ready because we need to have these different options.”