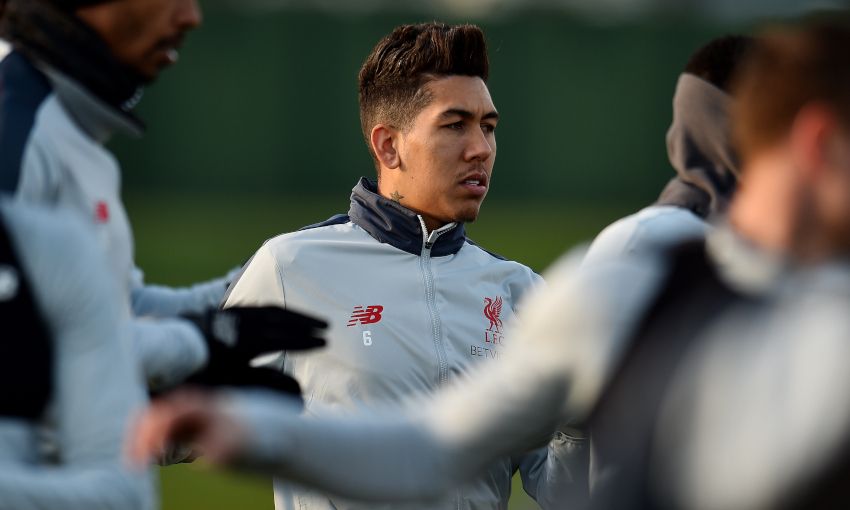 Liverpool will assess Roberto Firmino and Naby Keita ahead of the Premier League clash with Watford at Anfield on Wednesday night.

The ankle injury Firmino suffered at Manchester United last weekend is not as serious as initially feared, Jürgen Klopp revealed at his pre-match press conference.

The No.9’s powers of recovery mean he remains in contention for the visit of the Hornets, though the manager will tread carefully with this game the second of three in seven days for the Reds.

“It will be very close for [Watford], but there’s a big chance for the derby [on Sunday],” he said.

“Because it’s Bobby, I would say ‘yes [there is a chance for Watford]’, but I don’t know if I would use that chance because we played Sunday and then Wednesday immediately. Writing Bobby off is a big mistake because he recovers pretty quick.”

Keita was due to resume training on Tuesday afternoon, meanwhile, after illness on Monday. “We have to see how he is,” added Klopp.

The Reds remain without Dejan Lovren (hamstring) and their long-term absentees, but the boss reported no other fresh injury issues.

On how Liverpool would look to replace Firmino if he is not fit to feature, Klopp said: “If we have to change a few things, we will change. We changed a couple of things during the season.

“Obviously Bobby was pretty much always involved and it’s possible that’s not the case this time, but we obviously have options and we will use from the start one of them and maybe during the game a second one.

“If there’s anything good in that, it’s only that Watford have no clue what we are doing!”

Watford come into this game on the back of a 5-1 success at Cardiff City, where Gerard Deulofeu scored three and Troy Deeney two for Javi Gracia’s side.

The Hornets boss has almost a full squad to select from for the trip to Anfield, with Jose Holebas suspended and Kiko Femenia the only injury concern.

“He is training and today he trained with the team but he is not fit,” said Gracia of the latter on Monday. “He needs more time to stay in the best condition, but he’s the only player not fit for the next game.”

He continued: “We are in a good moment with confidence to play the next game. We feel confident.

“But, on the other hand, we will play against this team away and it’s very, very demanding. We will try to be ready to compete, do our best and have the option to get the result.”