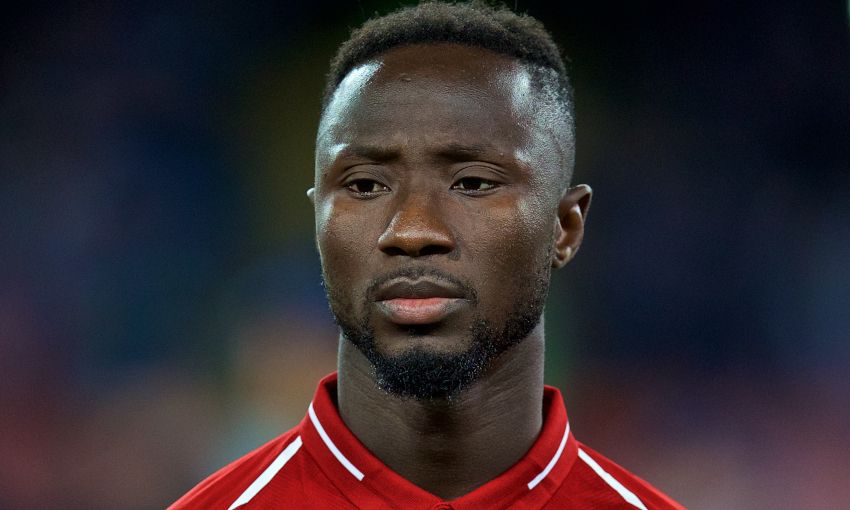 Naby Keita has revealed the mood in Liverpool's dressing room is one of total determination to remain on course for success this season.

The Reds continue their Premier League campaign as the leaders against Watford at Anfield tonight, having leapfrogged Manchester City with a point at Manchester United last weekend.

In his preview to the clash with the Hornets, Jürgen Klopp spoke of the positive mindset he believes should be adopted by players and supporters alike for the coming months.

And Keita, who will hope to feature in the game after shaking off an illness, opened up on the perspective among the squad: that focus can fuel Liverpool during the run-in.

“We are footballers and we always try to be happy,” the midfielder told Liverpoolfc.com.

“Of course we enjoy our football but when I say enjoy that doesn’t mean we’re not totally focused and concentrated on the task in hand. We don’t want to get too worried about the title race or the Champions League – the coach always tells us to focus on each game as it comes and concentrate on winning each game, then we’ll see what happens afterwards.

“We really want to win something this year – the players, the manager, the fans, all the team.

“We’re going to get to work, there’s not long to go. We’ve got another two or three months, we’re going to be totally focused on the training sessions and matches.”

Watford’s confidence soared ahead of their visit to Anfield with a 5-1 rout at Cardiff City, with forwards Gerard Deulofeu and Troy Deeney racking up the goals between them.

Keita and Liverpool turned on the style in their previous home league game as Bournemouth were beaten courtesy of three unanswered goals earlier this month.

The Guinea international is eager for another assured display by the Reds at Anfield but acknowledged the difficulty attached to every Premier League fixture.

“As far as I’m concerned there are no easy games in England, every match here is difficult,” said the No.8.

“It’s down to us to be totally focused and concentrated, it’s all about having more desire than any of our opponents, which will help us win all our games. That’s the objective we’ve all got in our minds.

“Our coach is ready for that, and the players are also very determined to win every match to finish the season well.

“We’re looking forward to the next game and to boost confidence for the supporters and increase our own confidence again, so we can finish the season well. We’re going to do everything we possibly can to win it, to get back on the right track once again.”

Keita watched from the bench at Old Trafford on Sunday, where Klopp’s charges were unable to produce the moment of quality that would have gained all three points.

But he echoed the post-match assessments of the manager and his teammates that the draw could prove to be valuable come the end of the season.

“Games like that are never easy, particularly when they’re away from home,” said the 24-year-old.

“Of course, at the moment we’d like to be winning every single game. When we went to Manchester, that’s what we wanted – to win the game. But sometimes it’s not easy, that’s football.

“We picked up a point and we’re a little bit disappointed. That can happen. We’re a bit disappointed, we wanted three points. We ended up with one and I think that point might come in handy.

“We put in a decent performance and we did really want to win but it didn’t quite come off – that’s football. Now it’s all about looking forward and trying to win the games ahead of us.”