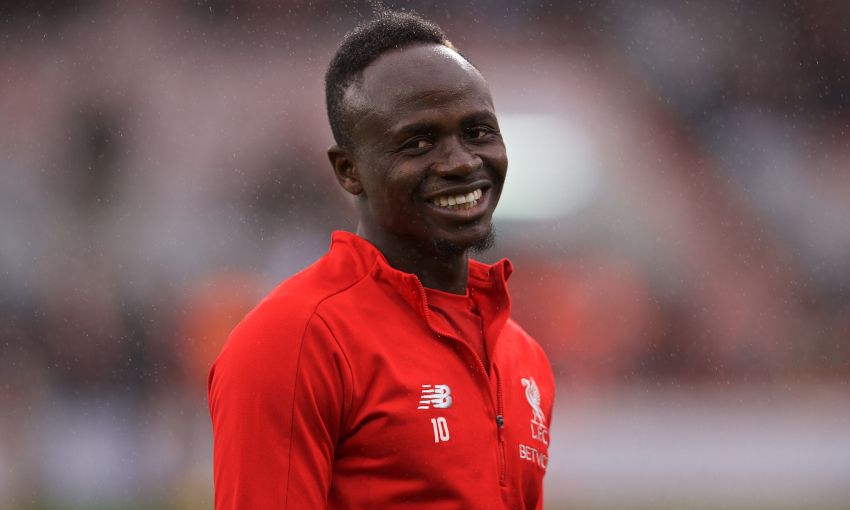 Sadio Mane's motivation is increasing with every game as the Liverpool forward plots six more wins he hopes can clinch Premier League glory.

Manchester City reclaimed top spot with a 2-0 victory over Cardiff City on Wednesday night but the Reds can leapfrog their rivals once again when they journey to Mane’s former club, Southampton, this evening.

After last weekend’s dramatic triumph against Tottenham Hotspur at Anfield, the Senegal international suggested his side may have to be successful in every remaining match to pip City to the trophy.

But that’s an objective he considers achievable given the combination of calmness and determination he observes in his teammates.

“I’m confident we can do it, we’re going to try to do everything to win all six games. We know it won’t be easy but everything is possible,” the Standard Chartered Player of the Month for March told Liverpoolfc.com.

“Every single player is even more motivated at this stage of the competition, because we only have one target: to win trophies.

“We are in two different competitions, the Premier League and Champions League, and we want to win both of them. We’re going to give everything to get it.

“Personally, I’m sure all the boys are very relaxed; you can see in the training sessions and in the dressing room everybody is relaxed and laughing – but with motivation and determination in their eye.

“Pressure never helps. Of course, in football sometimes it’s normal. Our main target is to win the league and the Champions League because we have the quality in the team and the staff, the club is amazing.

“If we don’t win it, we’ll keep going next season. Pressure will never help us, so why should we make pressure for ourselves?”

Mane’s admirable philosophy is married with a clarity of thought.

The Liverpool No.10’s recent scoring streak – 11 goals in the past 12 games in all competitions – has catapulted him into contention for the Premier League Golden Boot.

Only City’s Sergio Aguero, with 19, can better Mane’s tally of 17 so far this term, but the Reds forward is quick to dismiss any enquiry about his desire to secure that prize.

“To be honest, everybody knows our target now. I would love to win all of the games even 1-0 and at the end of the season we win the Premier League – that’s the most important thing for every single player,” he responded.

“And not only the players, but all Liverpool Football Club [fans] around the world want this trophy. So, that is the most important thing now.”

Friday’s fixture sees Mane return to St Mary’s, where he spent a little shy of two years representing Southampton before his 2016 transfer to Liverpool.

He retains fondness for the club and expects manager Ralph Hasenhuttl to guide Saints away from the relegation zone between now and the end of the season.

But the 26-year-old will, of course, be blocking all that out during the 90 minutes.

“I enjoy every single game. It’s my ex-club so I know it’s a different situation – but in a positive way,” he said. “It doesn’t change anything; I will go there and try to give everything with my teammates to win there.”

The Reds’ last two Premier League matches have involved meetings with one team competing near the top of the table and another at the wrong end.

Both ended in an identical outcome, the 2-1 win against Spurs coming a fortnight after Fulham were defeated by the same scoreline at Craven Cottage.

How, if at all, then do such contests differ?

“All Premier League teams are different. Many people expect difficult games only against the top six but sometimes it’s not the case,” explained Mane.

“It’s more difficult sometimes against [teams fighting] relegation than the top six. That makes the Premier League an amazing league.

“We know what we have to do to win those games, we’re used to it. We’re going to go there and be ready to win the game.”