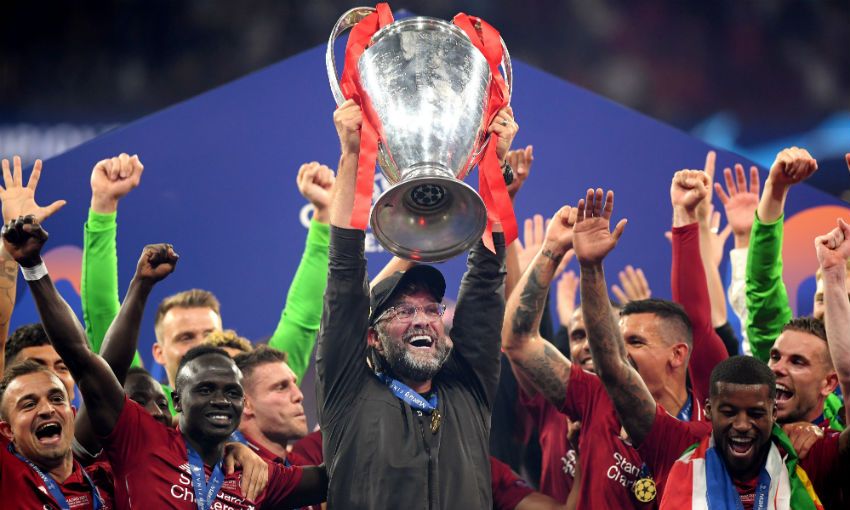 Jürgen Klopp revealed his anticipation for the welcome awaiting Liverpool's European Cup-winning heroes when they return home with the trophy on Sunday.

The Reds clinched the Champions League title, the sixth of the club’s illustrious history, with a 2-0 victory over Tottenham Hotspur in Madrid through goals from Mohamed Salah and Divock Origi.

After the incredible celebrations on the pitch at Estadio Metropolitano, the manager reflected on the achievement at his post-match press conference.

Read a summary of Klopp’s verdict on the final below…

On what made the difference in this final…

The result, obviously. We all spoke about it a lot, I played many more finals than I won, we always played better football. Tonight it was a big challenge for both teams to deal with the three-week [break] because you never have a period with three weeks and no game. So keep the rhythm or get the rhythm back actually. Then obviously it was different circumstances for two English teams, it was pretty warm. You saw it was a fight. A final is about the result and we need to make this experience a little bit longer or more often than others. Tonight the boys showed it, the resilience and everything you need to block the decisive balls.

Ali had to make a few saves, he of course played a sensational game, absolutely, he looked completely unbeatable pretty much. That helped us. [We] scored goals in the right moment. Usually I always sit here a bit earlier and have to explain how you can lose this game. This time, I don’t want to explain why we won it, I only want to enjoy that we won it. All the rest is not important. It’s for all the people around the world, in the stadium, they are with us and now celebrating like crazy. Whoever is in Liverpool tomorrow we will celebrate together and we will have a sensational night. 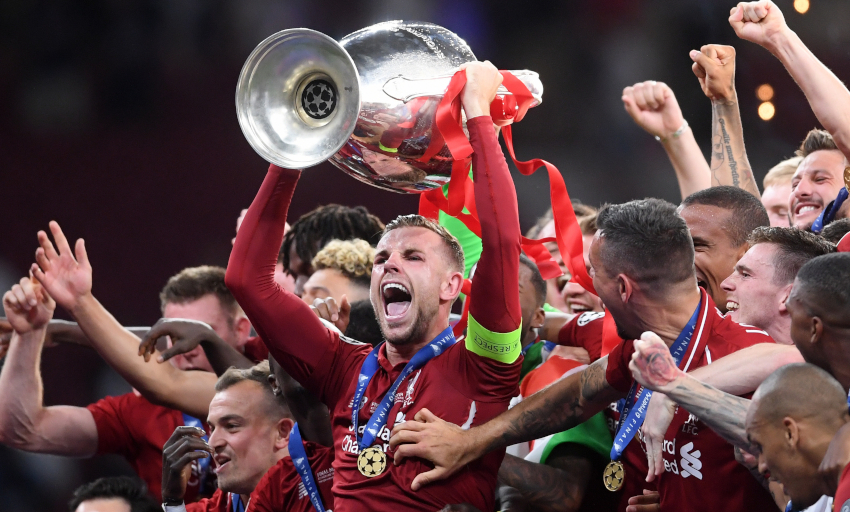 I feel mostly relief, to be honest, relief for my family actually because they are pretty close to me and the last six times we always flew on holiday with a silver medal, that doesn’t feel too cool. This is completely different this year. It’s for them as well, that’s great. It’s for the supporters of course, but for our owners as well because they never put real pressure on us, they appreciate the development, they see the steps we make. It’s for them as well. For the players, we were all pretty much crying on the pitch because it was so emotional, it was so big, it means so much to us.

On the other hand and I should have probably said this first of all, I know how Tottenham feel in this moment better than anybody else in the world. They played a sensational season as well and they would have deserved it as well, but tonight we scored the goals in the right moment. I told Poch already after the game that he should be really proud of what they did this year as well.

On what is the most satisfying thing about the achievement…

I’m happy for the boys. You know what people said about a couple of players of this team. Jordan Henderson is captain of the Champions League winner 2019 – that’s satisfying actually. That Millie did it at the age of 33. They are all very important. But I can say again, without Millie’s dressing-room talks before the game – with a non-native manager – I think it would not be possible. It’s so important.

All the things they did during the weeks, how they lifted when we had little downs, it’s just incredible. Tonight is really emotional, that’s my main feeling, it’s overwhelming, all that stuff. It feels really good but I’m much calmer than I thought I would be when it finally happened. It was not important to me to touch the cup or whatever. I loved the pictures when the boys had it, I loved it when I saw a few faces in the stands. That gave me everything I need. Tomorrow, going to Liverpool and having something to celebrate, that’s big and I’m really looking forward to that. 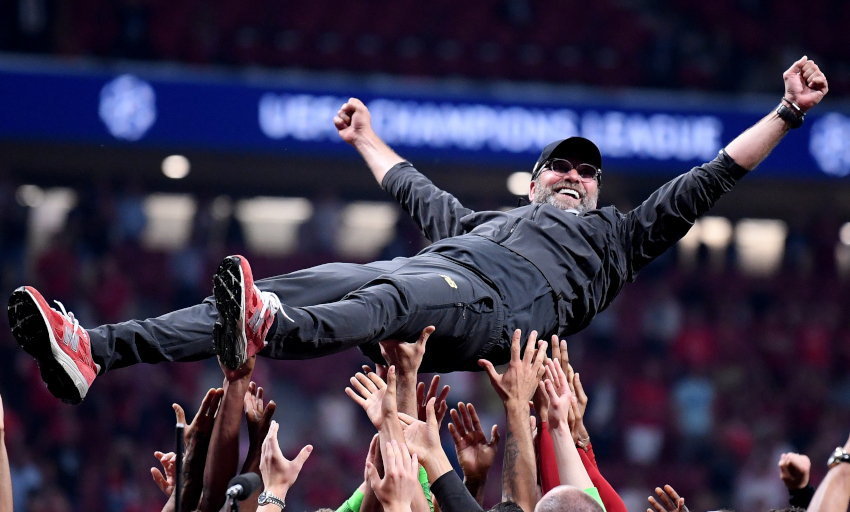 On what the win means to him personally…

We spoke two days ago about my ‘unlucky’ career somehow. When I hear it I think, ‘Yeah, people could see it like this’, but I don’t feel it, to be honest because I always see the way to a final as well because that’s of course important for me as well. I think my life is much better than I ever expected it, so winning something is good, it’s cool, but it’s for all the other people. I’m not so much in it, I’m much more really in development but I get it, we have to win things, so for us it’s really important that people don’t ask now all the time about not winning or winning things.

Now we won something and we will carry on. We want to win things, 100 per cent. I’ve said it, this is only the start for this group. It’s still a wonderful age group, they all have the best times in their careers ahead of them so that’s big. For me, I’m really happy. I have a lot of silver medals and now I have a golden one so it’ll be next to the silver medals in my house and that’s cool. But mostly I’m happy for all the other people. When you see it now in the dressing room, everybody feels it but you don’t really know what to do with it. But tomorrow I’m really sure when we drive through the city, then we all will realise what these boys have done and that’s the best moment, for sure.

On next year’s final being in Istanbul…

I told UEFA already: we will be there! Give me a few minutes! We know that sometimes we carry the burden of history and making Istanbul happen again will be a target I would say, but it will be difficult. By the way, a second ago I had Pep Guardiola on the phone because we had a physio who worked for Man City at the beginning of the season. We promised each other already that we will kick [each other’s] butts again next year. We will go for everything and we’ll see if we get something, that’s it.

On the win being a collective effort…

That’s absolutely OK, I like that actually. So, my job is to take all the responsibility and I like that actually because it gives my players the freedom to play football. That’s how I understand it. Sometimes it would be easier to understand it in a different way but that’s how I understand it. Tonight I am so happy for the players and I’m happy really for my family, and there will be a moment when I’m overwhelmed for myself maybe. But look at my coaches, what we all did during the year to try to make the next step. So when we started in Evian in the training camp, bringing these players and knowing they need time but we had to win football games from the start, it was difficult.

But it feels so good: 97 points, now you can say it, 97 points in the league is incredible and winning the Champions League – that’s an unbelievably long way to go and we did it, that’s incredible. But after the final last year, when we came home to Liverpool, it was not cool but one of my friends is a singer and my assistant coach we sang a song: ‘We saw the European Cup, Madrid had all the luck, we swear we’ll keep on being cool, we’ll bring it back to Liverpool.’ Nobody thought in that moment it would happen. In that moment it was only to lift our mood a little bit and now it happened actually, so we have to think about what we will sing tonight because obviously it means something.