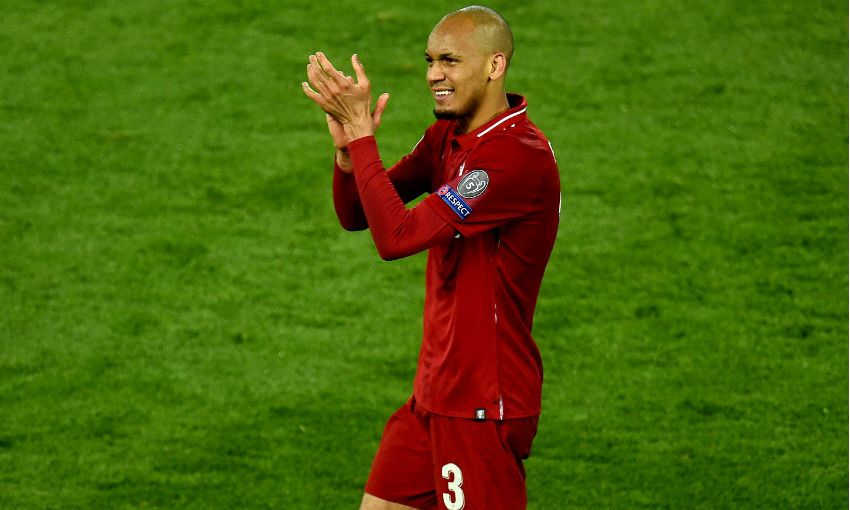 The adversity Fabinho overcame throughout the 2018-19 season has the player feeling satisfied with his output at the conclusion of year one at Liverpool.

After agreeing to join the Reds from AS Monaco in May 2018, the Brazilian would have just one start – a third-round League Cup tie – to his name towards the end of October.

But fast forward to the final game of the campaign and the No.3 was the midfield shield of a side that won the Champions League having also amassed the third-highest points total in top-flight history.

"Overall I think my first season at Liverpool was good," said the 25-year-old. "In my first season I knew there would be a learning and settling-in period. I went through this.

"It didn't last that long but I remember it wasn't easy starting afresh, I was left out for a few matches.

"Even though I was telling myself that I needed to work hard and be patient, it's not easy being out of the team. But that's in the past now, I started playing more.

"The more you play, the more you can enjoy your football. I think I became an important part of the team, I gave the manager another option he could depend upon. So I think it was a really good season."

In addition to help from Brazilian teammates Alisson Becker and Roberto Firmino, Fabinho's adaptation to Merseyside was also aided by Sadio Mane.

The pair can both communicate in French and developed a bond off the pitch and on it – evidenced when Fabinho laid on a wonderful lofted assist for Mane's goal against Manchester United in December.

A brilliant first season in the @premierleague for @_fabinhotavares. 👊 Enjoy a look back at that performance (and… https://t.co/J2M5Us2Blu

"Sadio Mane is a genuinely impressive player, he's tireless, playing in every game with such high levels of intensity and concentration," Fabinho continued.

"His technical ability goes without saying, he always makes a difference for us.

"He's a complete player – he gives you the option of a short pass or a long ball, he contributes to the build-up and creation of play as well. He's a great player in amazing form, which is really important for his confidence.

"Off the pitch I chat with him quite a bit as we both speak French, my French is still better than my English. He's a great lad. Sadio has been a really important player for us this season."