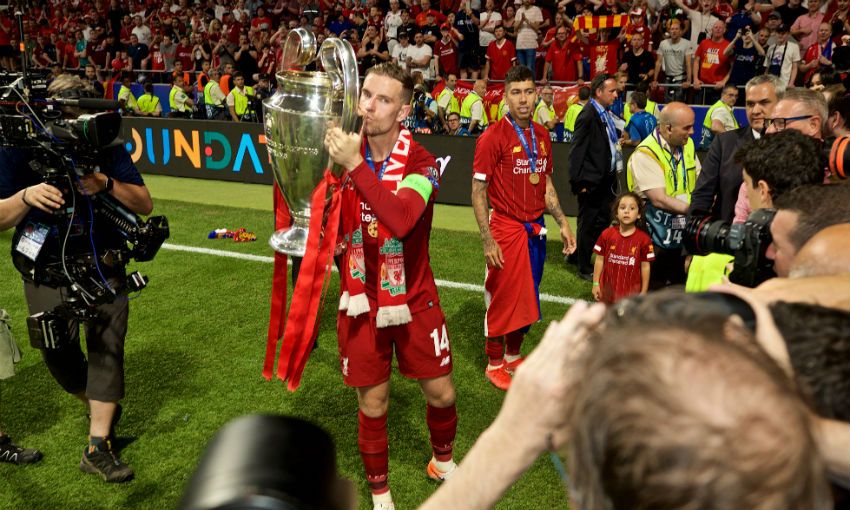 The midfielder became the fifth captain in the club's history to raise the European Cup aloft when he did so in June after the Reds beat Tottenham Hotspur at Estadio Metropolitano.

As work towards the start of the 2019-20 campaign continues, Henderson hopes the success in Madrid can inspire he and his teammates to even greater heights.

Read on below as the skipper sat down with Liverpoolfc.com to look back on the final, while firmly outlining his determination to lift many more honours... 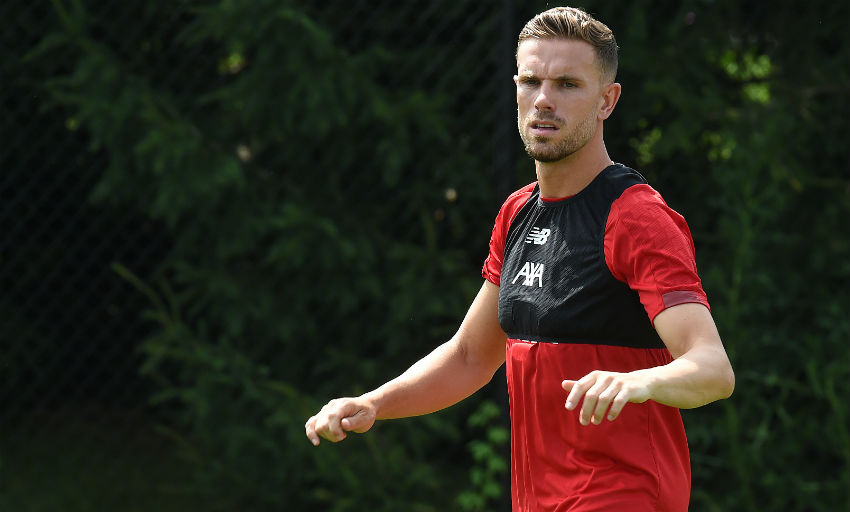 It's the start of your ninth season at Liverpool, how does it feel coming back as European champions?

It feels good, of course! I had a good break, a good few weeks, probably the longest I’ve had in a while. I enjoyed that but I still had stuff to do, just to keep ticking over, so I’ve come back feeling good. I’m glad to be back and it’s been a good start in the last few days to get in with the lads and I’m just looking forward to getting some minutes on the pitch.

How much did you think about and take stock of what happened in Madrid over the summer?

You do tend to think back to it. It was such a big moment for me, for the team, for everybody involved with the club really. It was a huge moment and over the summer you think back and think about it. It doesn’t really sink in, to be honest, for quite a while. I’m not sure it will until maybe you finish.

It was a big achievement and it makes you want to go again really, you don’t want to be sitting on a beach or something, you want to be playing and keep competing for trophies. You want to do it all again. That’s how I felt straight away really. It gives us that taste to what it’s like to win a major trophy and I hope it gives us the confidence to keep going and keep wanting it more and more. In the future hopefully we can do it again.

What are your standout moments from the final?

I think when the whistle went was a big moment. There’s different things you’ll think about at different times. I’ll think about the game and what we did well in the game, what we didn’t do so well in the game in general. Then, of course, you come to the final whistle, lifting the trophy, all them sorts of things. The parade when we got back was unbelievable, something that you’ll just never forget in your life – it was so hard to take in at the time but when you think back, it was amazing that we’d done that together. That’ll always be in our memory, so we want to make it happen again.

Like I said, it gives you that sort of taste of it and you want to do it all again as many times as you can. It’s a short career, it’s my ninth pre-season here and it’s flown by, I still feel like I’m 21! I want to make the most of whatever I have left. Hopefully it’s a long time yet because I’m in good shape, I feel good and I’m still young! So I’ve got a while left I think and I just want to give everything and have more moments like that in the future.

It makes you smile every time we talk about it…

Yeah, it’s something that of course you remember and we’ll never forget it, but you need to use it in the right way. I think I said before the final that no matter what happens you need to use it in the right way. If we didn’t win, we couldn’t let it affect us going forward. You’ve got to use that and it’s the same if you win, you’ve got to use it in the right way and I feel as though this group of players will do that, definitely, because I can see the hunger and the desire to want more. That’s important, that’s really important, so I feel it’ll give us a lot of confidence for sure and we’ve shown people that we can win a major trophy as a team and now it’s about wanting more.

How much did those celebrations with your dad on the pitch mean to you?

It was very emotional at the time and when you think back you sort of get emotional again. It was a big moment for everything my dad’s gone through, especially over the last few years. To be able to see him at full-time… I don’t know how he got there! To be able to see him so soon after the game was a huge moment for me personally, of course. You play football for many different reasons but that was a big moment for me. I’m getting emotional now just thinking back to it. It’s a moment that I’ll never forget.

All the hard work and dedication that led to winning it…

I know how much it [winning the Champions League] meant to him and it means so much to me. It was an amazing moment, but not just with my dad, my whole family, my friends, my teammates, everybody. That’s why it was so big, all the hard work that you put in for many years just for that one moment, it’s all worth it. Like I say, that just makes you want to do it all over again.

Have you stopped to consider what you personally have achieved? You’re part of this club’s history now, in good company as a European Cup-winning captain…

Yeah, but I keep saying that’s not what it’s about for me. Of course I’m so honoured and proud to captain this team and this football club. When I finish I can look back at my career and see how I’ve done. But for me, it’s just about giving everything for this team. I know I’m the one with the armband on a weekend if I’m playing, but there’s so many leaders and so many captains throughout this team that help lead this team in the dressing room, on and off the field. I’m just so proud to be part of this team and this football club.

You've made 324 appearances for the club and you're only 15 off from making it into the top 50 all-time Liverpool appearance makers. What would that mean to you?

I'd be so proud. But for me at the minute, it's a number. I just want to concentrate on putting in more good performances, more work for the team and be successful as much as we can. I don't want that to sound bad, of course I'm proud and honoured to have played that many times for Liverpool Football Club and I hope that I can play a lot more games as well. But I just feel stuff like that should be looked back on when you come to the end of your career – and I don't feel the end is anywhere near yet.

On the hunger for more, it sounds like you are really keen to get the new season going and see what can be achieved now. Do you think that last season was a defining season for the group?

I feel as though the last few years we've improved so much and we've been always improving and always getting better. [We're] always improving on the things we need to improve on, but also keep doing the things that we do well all of the time. We're always wanting more, we're always working so hard to keep improving with the help of the manager and the staff giving us new ideas. It's a great team, of course, there's so many good people in it. That's important because when you want to achieve more and you want to win trophies, you've got to be together and you've got to have that work ethic and you want to have that determination. I feel as though we've got that in abundance in this squad.

I'm looking forward to the new season starting and seeing how good we can be again this season. Like I said, the last few years I feel as though we've progressed each season and we want to do that again this season. It'll be difficult because I thought last season we were outstanding for large parts. It's a big task, but one that we're ready for. We want to do it all over again, be better and see what happens come the end of the season.

Just one league defeat last season and it still wasn't quite enough to pip Manchester City. Do you think it'll take a similar level of consistency this season by yourselves if you want to try and get your hands on that Premier League title?

Certainly, yeah. You've got City, who over the last few seasons have performed every week so well, won so many games, but you've also got other teams who I feel have improved and will do better. That's the way the Premier League is really – it's always improving, it's always getting better. You need to improve, you need to keep going, you need to keep doing different things, learning different things. That's important but we're ready to do that. We're ready to keep learning from the manager, the staff and keep giving everything for this football club. I feel if we do that then we'll win more trophies in the near future.

Going into this season, going off what you achieved last season, is there a different mindset?

Of course it'll give you confidence, but you've still got to have that hunger and that desire, which I know we'll have. In a different way, to again want more trophies, want to be successful. But that's always been the hunger, that's always been the aim. We've got to do that again, we've got to keep wanting more and writing our own history. This team can achieve so much, but it's down to us to give everything, put in the hard work on the training pitch, listen to what the manager has got to say and do what he wants us to do. If we do that then it gives us the best chance to win trophies. [There are] exciting times ahead, I hope.

I just can't wait to get started again in a new season. You need a few games in pre-season to get ready, but the lads are looking good already, they've obviously done a lot of work off-season to keep themselves fit. That shows me and it'll show everybody else that we're ready to compete again.