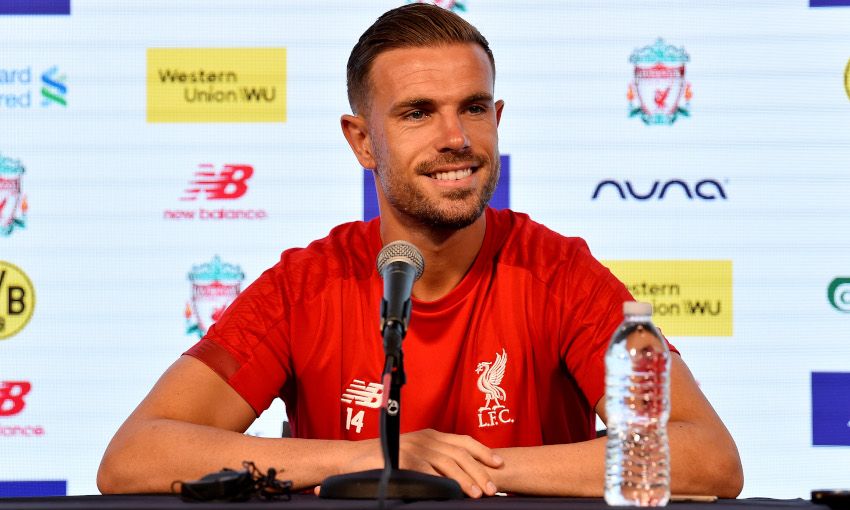 How it unfolded in Notre Dame: Liverpool 2-3 Borussia Dortmund

Alex Oxlade-Chamberlain's displays so far this summer have left Jordan Henderson ecstatic about the impact the No.15 can have on Liverpool's upcoming campaign.

The midfielder only returned to action in April after one year and two days out with a serious knee injury, but he was credited with playing a significant role throughout the Reds' 2018-19 season that ended in Champions League glory.

As preparations for the new footballing year continue, Henderson can't wait to have Oxlade-Chamberlain firing on all cylinders when August rolls around.

Speaking at a press conference to preview Friday's friendly with Borussia Dortmund in Indiana, the captain said: “I'm very close with Ox, I've played with him for a number of years, especially at U21s [level] and now with Liverpool and England.

"So I’m quite close with him and he's a fantastic person. Off the field, last season he was a massive part behind the scenes, even though he had a really bad injury and I'm sure he will have been going through some painful times.

"I hope he can just show everybody what he’s capable of, like he did before he got injured. He's looked so strong, so good in training.

"This pre-season is important for him, just to get back to playing games regularly and to get his match fitness back. I'm sure once he does that then he’ll be flying again.

"He's like a new signing for us, he's such a fantastic player, so powerful, and he gives us something different in this team.

"He's a massive player for us to have back. Hopefully he can just stay injury-free for a while now."

Another player looking to put frustrating injury spells firmly in the past is Adam Lallana.

The 31-year-old has been used in a new deep-lying midfield role for the first two pre-season friendlies – a trait of his excellent footballing abilities, according to his skipper. 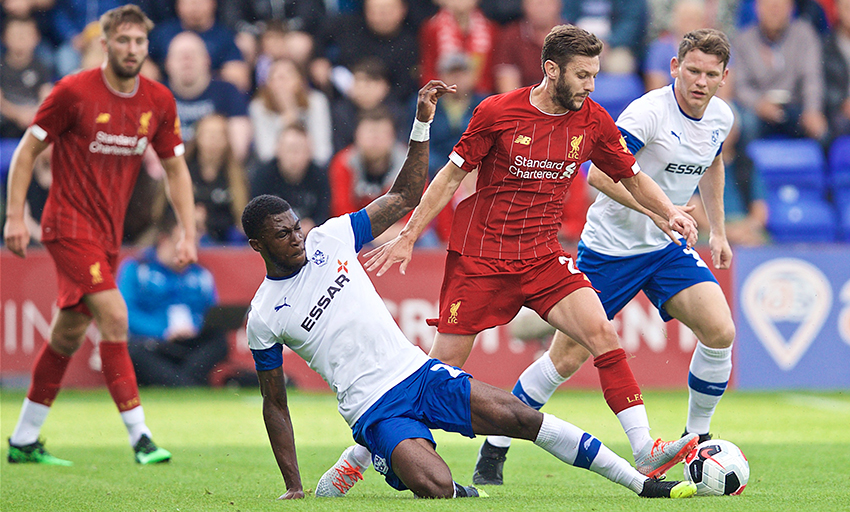 “Ads has took to that role really well in training and in the games that I've seen over the pre-season," Henderson continued. "He's a fantastic footballer, so he can play anywhere on the pitch really.

"But I think he'll give us something different in that position definitely – the way that he receives the ball, he can get out of tight situations and he can open the play up for us and start the play off really well.

"I’m excited to see what he can bring in that position because I think he can give us something different.

"He’s enjoying it, he's learning and improving. I've learnt that position over the last few seasons as best I can, so I'll try and help him as much as I can, as well as Fab will who does that role fantastically well.

"But I think Adam will have his own style in that position and I'm really excited at how he can bring that style in there."