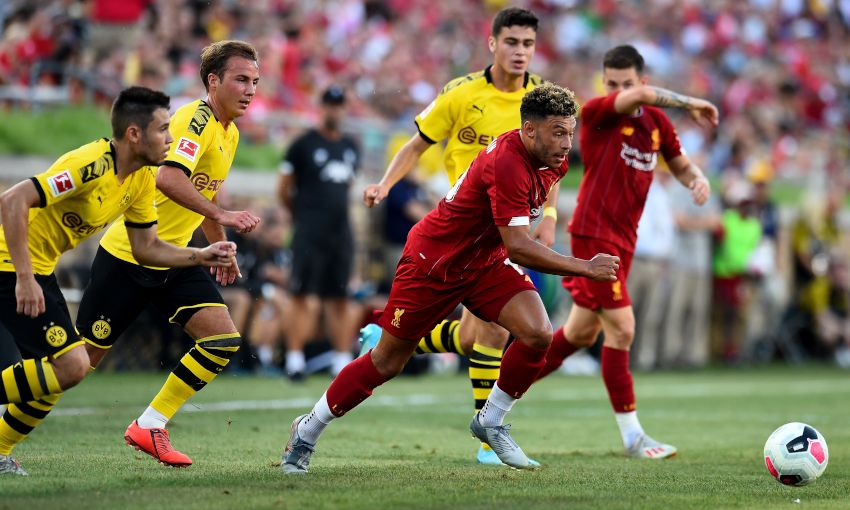 Liverpool were beaten 3-2 by Borussia Dortmund in their pre-season friendly at Notre Dame Stadium on Friday night.

Harry Wilson found the net with a fine finish to level the early opener by Paco Alcacer but the Bundesliga side won it in the second half courtesy of quickfire strikes from Thomas Delaney and Jacob Bruun Larsen, despite Rhian Brewster’s penalty.

More positively, however, Jürgen Klopp was able to give minutes to 21 players, including the first match action of the summer for Trent Alexander-Arnold, Jordan Henderson, Andy Robertson, Virgil van Dijk and Georginio Wijnaldum. 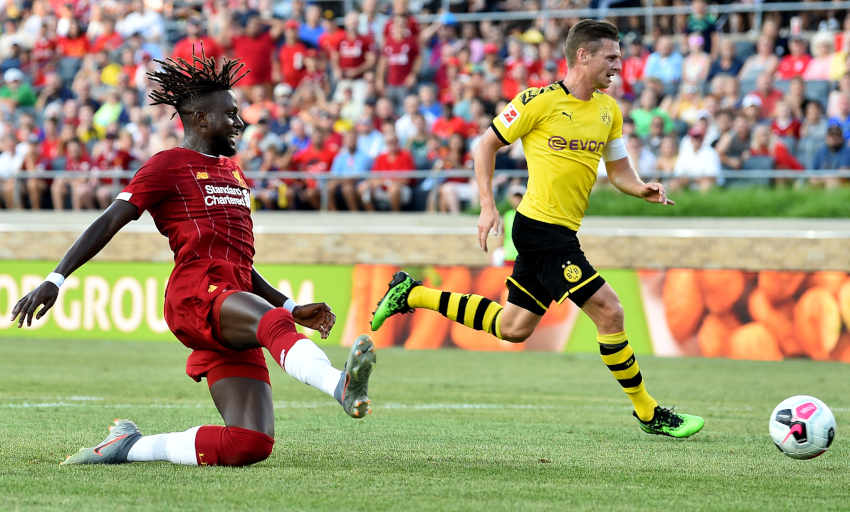 In front of a 40,361 crowd, BVB broke the deadlock within three minutes.

A cross from the right caused Nathaniel Clyne a problem and after a tussle with Giovanni Reyna prevented the Liverpool No.2 from clearing the ball, Alcacer clinically lifted a finish into the roof of the net.

There was a slick nature to the game despite the stifling conditions in the heat of Indiana and Joel Matip was inches away from an instant equaliser with a header just wide.

Then, in the 10th minute, Alex Oxlade-Chamberlain sprung a speedy counter-attack via a one-two with Wilson and his sweeping pass across the area to Ryan Kent looked likely to produce an equaliser. Marwin Hitz had left space between his body and the post for the Reds forward to aim for but recovered well to stop the shot.

Wilson was next to be denied, after James Milner’s incisive clip over the Dortmund defence freed the Wales international for a one-on-one. He spotted a lob was his best route to goal but Hitz had raced out in timely fashion to save again.

But Liverpool got their equaliser on 35 minutes.

Fabinho took advantage of space outside the area to thread in a pass that was smartly dummied by Kent and rolled to Wilson, who calmly stroked a low finish around the reach of the goalkeeper for 1-1.

Both sides continued to probe with intent and Dortmund could have restored their lead in the final real action of the first half.

Mats Hummels’ impudent outside-of-the-boot pass through released Mario Gotze in the right channel but his firm strike was blocked by Simon Mignolet.

Dortmund made nine changes at the break and soon surged into a two-goal advantage.

Mignolet had smartly pushed out a long-range curler by Marius Wolf but from the subsequent corner the opposition kept the ball alive and Thorgan Hazard’s low delivery teed up Delaney for a simple tap-in.

And it was not long before they grabbed a third. Wolf was its architect with a strong run to the byline and inviting pull-back to the middle, where Larsen smoothly directed a shot across Mignolet and inside the far corner.

The Reds kept pushing for a way back into the tie and a chance came with little over a quarter of an hour remaining after Ben Woodburn was bundled over in the box by Mateu Morey.

Brewster took responsibility from 12 yards and emphatically smacked his penalty into the top right corner for his fourth goal of the summer. 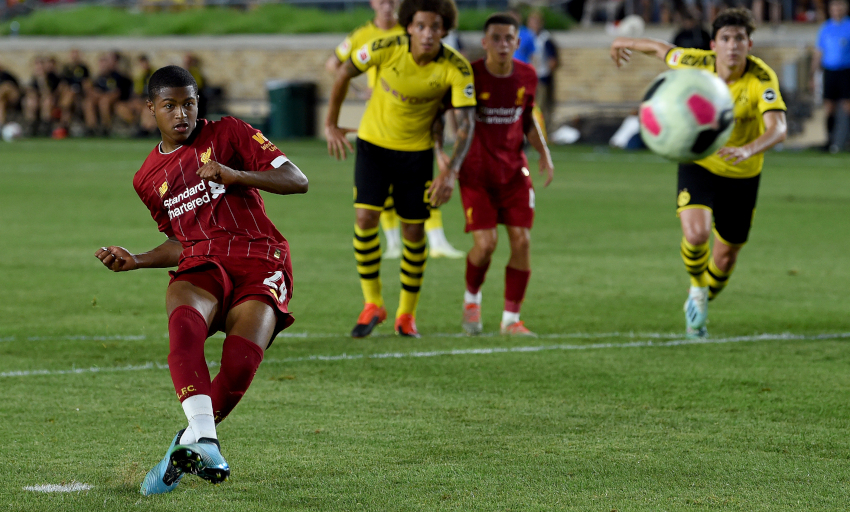 Mignolet had to thwart Immanuel Pherai in the closing stages, though, and an equaliser eluded Liverpool, meaning a first defeat of pre-season for Klopp’s men.