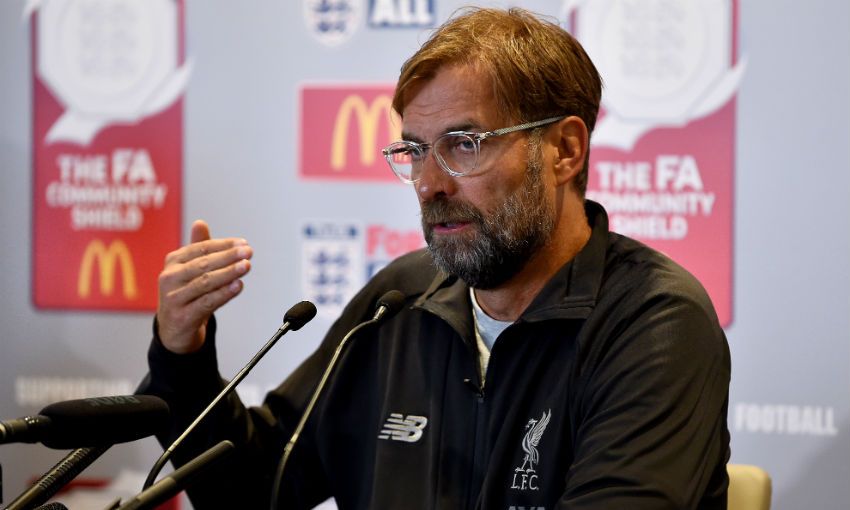 Liverpool 3-1 Lyon: How it happened in Geneva

Jürgen Klopp is hoping to draw confidence from Sunday's FA Community Shield that Liverpool can then use when the Premier League action gets under way.

The Reds take on reigning champions Manchester City at Wembley on Sunday in the annual curtain-raiser for the season.

Klopp and City boss Pep Guardiola contested the German equivalent of the one-off showpiece in 2013 and 2014, with the former's Borussia Dortmund beating Bayern Munich on both occasions.

However, the Liverpool manager is all too aware how such a fixture does not usually define the campaign. 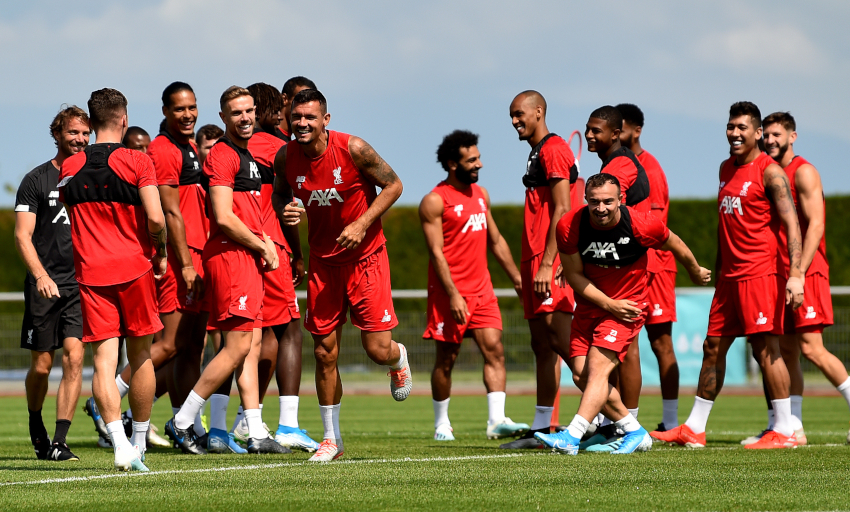 Speaking at a press conference to preview the game, Klopp said: "We won the Super Cup [in Germany], but Pep won the league in these times. It obviously didn't help us or harm them because it was just a game.

"How it always is in football, I don't want to make it bigger than it is.

"It's one game and games are always influential but how much depends on the people involved.

"We try to get confidence and to use it. If not, then we have to deal with it and learn from it. That's the situation.

"We have to be ready. That's enough from a motivation point of view."

Liverpool will once again meet the team that pipped them to the title in 2018-19 by a single point after a relentless battle for first place.

Klopp believes City are naturally favourites to top the table in May once again, but is reassured by the fact that particular tag has no bearing on the eventual result.

He continued: "They won the league twice in a row, that's one reason. For us, it was the first year on that level.

"We have to prove we can be on that level again. The 97 points were no coincidence but it was not that we outplayed all the teams and shot them out of the stadium constantly.

"We had tight games, close games a lot. We were a real result machine last year and it was really, really impressive.

"The champions are the favourite. They lost [Vincent] Kompany and probably another one and they maybe do something, so they are still pretty consistent in the squad as well, a good age group as well, experienced. They are the clear favourite. How could we be favourite?

"If somebody asked me if we were favourite in the Champions League, I probably couldn't deny it, but I don't think it's like this. But then we are twice in a row in the final, so we obviously know the way to the final. Does that mean we will be in the final again? Probably not.

"But it's possible and we will try that as well. We try a lot of things but being the favourites has no influence on the season.