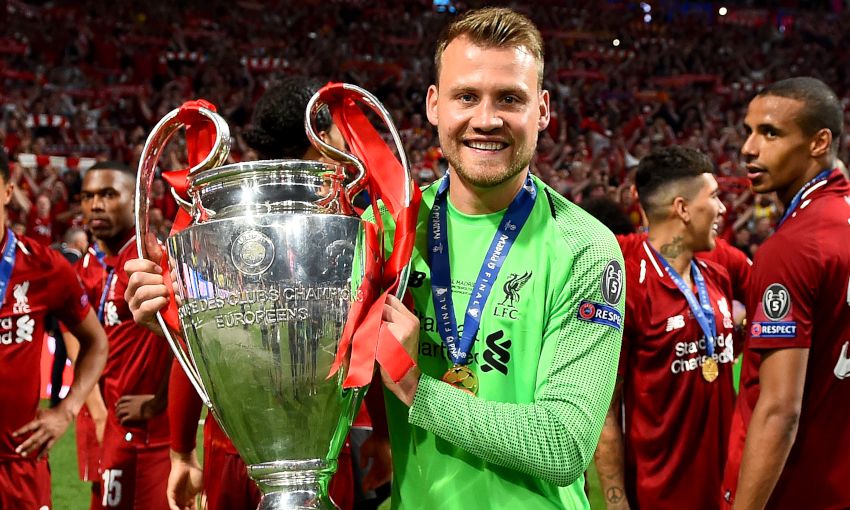 Simon Mignolet has written a special farewell letter to Liverpool after completing a permanent switch to Club Brugge today.

The goalkeeper leaves the Reds after a six-year spell that included 204 appearances and a Champions League winner’s medal, returning to his homeland.

Following the announcement of the transfer, Mignolet posted the message below on his social media accounts to express his gratitude to the managers, coaches and players he has worked with, and for the support of the fans, during his time at Anfield.

After more than six special years at Liverpool, the time has come to say goodbye. It’s been an incredible honour to represent one of the biggest clubs in the world, and to achieve things that few players ever manage to achieve.

I want to take this opportunity to thank the fans for their support during the good times and the bad. I also want to thank all the coaches and managers I’ve worked with during my spell here; their knowledge and expertise has been invaluable.

I’ve shared the pitch with some fantastic players over the years, but the current squad is the best I’ve ever been a part of. I’ll never forget that night in Madrid, and I’m glad I got to share it with such a terrific group of lads.

It’s been a great ride. There have been ups, downs and everything in between, but I’ll always look back on my time at Anfield with fondness. I have no regrets – I’ve given my all, and I’ve always done my best to wear the shirt with pride, and to represent the club with dignity and professionalism.

Thanks for the memories Liverpool, and good luck for the future.

Simon Mignolet: I'll always do my job for the team