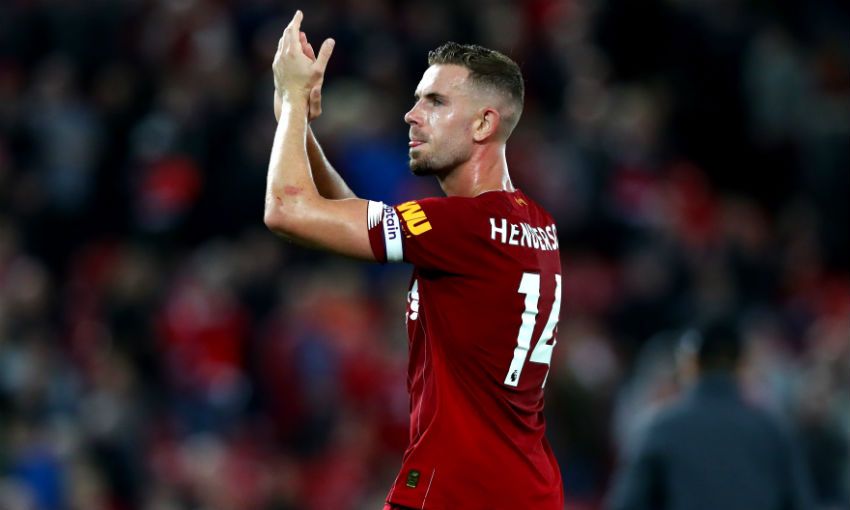 Jordan Henderson challenged Liverpool to build on their encouraging display in the 4-1 victory over Norwich City to kick-start the Premier League in 2019-20.

The Reds were four goals up after 42 minutes of play on Friday night as Anfield welcomed the return of the European champions.

But Henderson identified areas where he and his teammates can improve on going forward, with Teemu Pukki dismissing any hopes of an opening-day clean sheet by netting a consolation goal for the Canaries in the second half.

"It was the start of the Premier League, we wanted to go out and start really well, which we managed to do," the captain told Liverpoolfc.com.

"We scored some brilliant goals and played well in the first half. In the second half we created some chances, but could have controlled the game a little bit better.

"There's still improvement [to be made] but overall we're delighted with the result and performance.

"It wasn't so much defensively, we gave the ball away sloppy at times and we didn't control the game with the ball, so in the transition we weren't in great positions. That's one thing we can improve on.

"But it's the first game of the season – there's going to be things that we need to improve on, look back on and work on. That's only a positive for us.

"We'll learn from tonight and want to improve in the next one."

Henderson is confident about fixing the issues that appeared during the encounter with Norwich due to the intense desire for perfection within the Liverpool dressing room.

He added: "We just want to concentrate on our performance levels, consistency. We want to improve all the time as players.

"We're a very hungry set of lads that want to improve all the time, get success. We've just got to continue to work hard, keep doing the right things and keep putting in good performances."