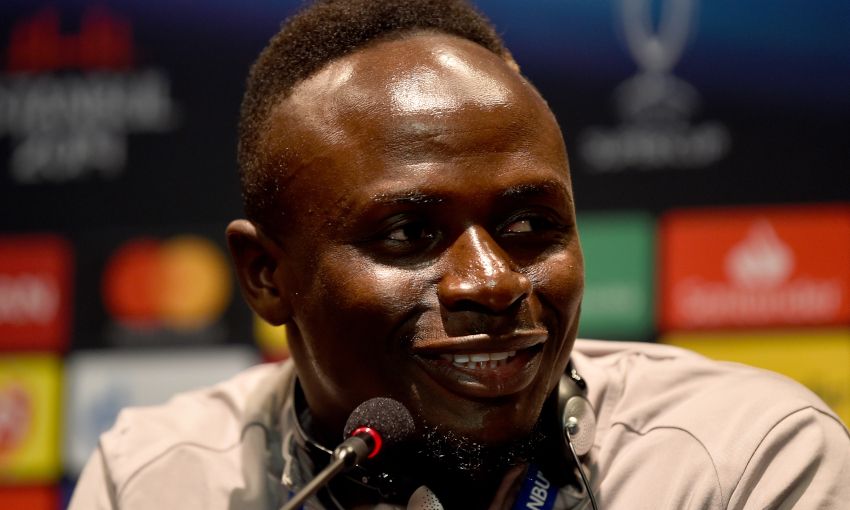 The forward returned to Melwood last week following a 16-day summer break after helping Senegal reach the final of the Africa Cup of Nations last month.

The No.10 came on as a 74th-minute substitute in Friday night's Premier League opener against Norwich City, and now believes he's in a sharp enough condition to appear in Jürgen Klopp's starting XI.

"Yes, I think I'm ready [to start]," he told a pre-match press conference in Istanbul on Tuesday. "Tiredness, I think, is here [pointing to his head] – for sure.

"I've been playing professional football a long time [and] I think I never even have holidays more than 20 days [for the last] seven years now.

The champions of Europe's latest quest to secure another piece of silverware takes them to Istanbul, the scene of the club's iconic 2005 Champions League triumph over AC Milan.

Frank Lampard's side are the opposition at Besiktas Park in the annual curtain-raiser for UEFA club competitions, with Mane determined to ensure the Reds leave the Turkish city with a trophy in hand once again.

"Lucky ground probably and hopefully tomorrow it's going to be the same," he continued. "We work for it and we hope.

"We're going to do everything to win and keep [it] continuing to be a lucky ground for Liverpool."