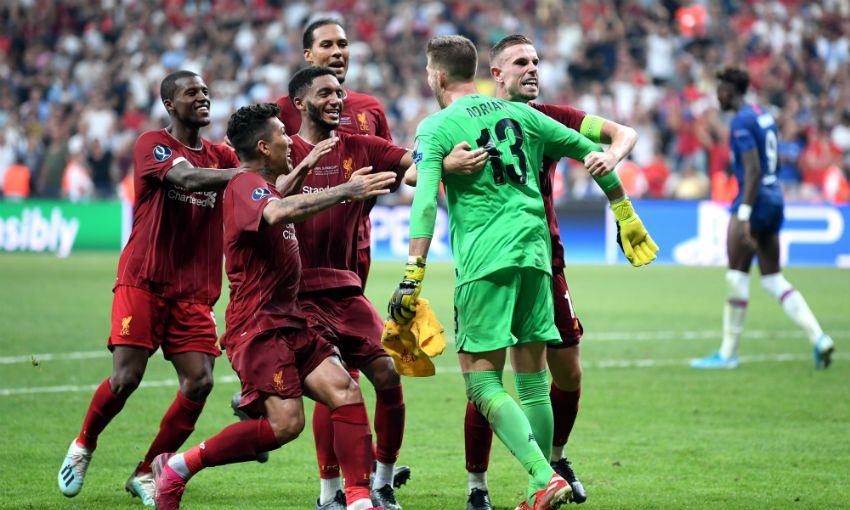 Liverpool won the 2019 UEFA Super Cup by beating Chelsea on penalties in Istanbul on Wednesday night.

The champions of Europe emerged 5-4 victors in a penalty shootout following a thrilling 2-2 draw after extra-time at Besiktas Park.

Goalkeeper Adrian had a dream full debut for the Reds by saving the decisive penalty to secure the club its fourth triumph in the competition.

Olivier Giroud broke the deadlock to put Chelsea 1-0 up in Turkey before Sadio Mane equalised shortly after the half-time break.

The tie headed to extra-time as Mane grabbed his second of the night with a thumping strike eight minutes into the additional period.

But the Europa League winners were awarded a penalty, which Jorginho scored, moments later to take the game to spot-kicks.

There were five changes to Liverpool's starting XI from the Premier League opener against Norwich City, with Mane and Alex Oxlade-Chamberlain starting in attack.

Naby Keita was absent from the matchday squad after picking up a muscle strain in Tuesday evening's training session.

Backed by a Liverpool-dominated crowd, the Reds made an encouraging start. Within the opening five minutes, Mane had a goal-bound bicycle kick blocked and Joel Matip a header saved from a set-piece.

Then Chelsea stopper Kepa Arrizabalaga was first tested by Fabinho, with the Brazilian firing towards goal after a free-kick failed to be cleared.

The early barrage of attacks continued. Oxlade-Chamberlain, operating as a left forward, played an exquisite through ball for Mohamed Salah. After advancing into the 18-yard box, the Egyptian saw his outside-of-the-boot finish palmed away by a strong hand from Kepa. 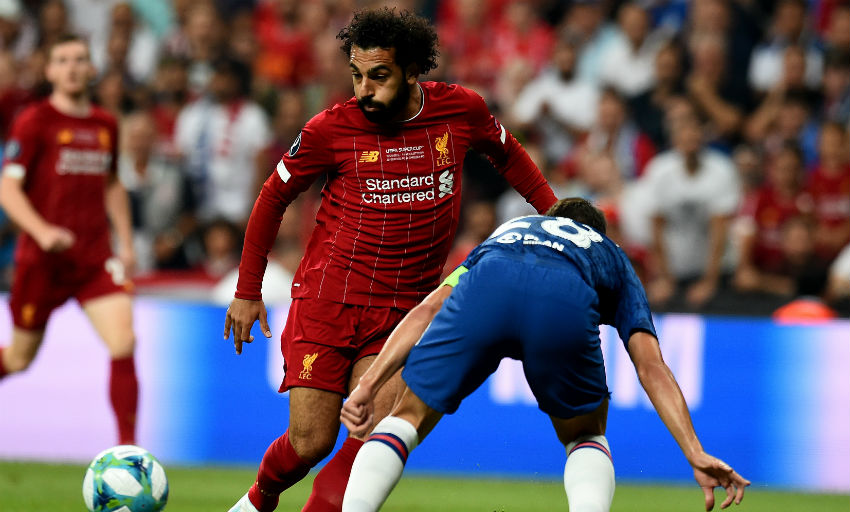 Chelsea broke on the counter, allowing Giroud a sighting of goal as the striker dragged his shot wide.

But Frank Lampard's side grew stronger in the game as the first half played out. In the 22nd minute, Pedro played a one-two with Giroud before the Spaniard ended up clipping the crossbar with his resulting shot from a tight angle.

Replacing the injured Alisson Becker, Adrian was first called into action just past the half-hour mark. Mateo Kovacic got behind the Liverpool backline and was bearing down on goal. However, Adrian was quick off his line to gather possession and deny the Chelsea No.17.

The shot-stopper was not able to prevent the deadlock from being broken, though. Christian Pulisic's pass split the Liverpool defence, and this time Giroud made no mistake with his opportunity in front of goal.

Pulisic then thought he was on the scoresheet himself a few minutes later. Chelsea's summer arrival cut inside onto his right foot and celebrated his finish beyond Adrian, only to see the assistant's flag raised for offside – a decision that was confirmed by the video assistant referee.

Roberto Firmino was introduced in place of Oxlade-Chamberlain at the break and made an instant impact.

In the aftermath of a set-piece, the No.9 latched onto Fabinho's lofted ball into the box and, with Kepa advancing, unselfishly squared for Mane to poke over the line and level the affair. 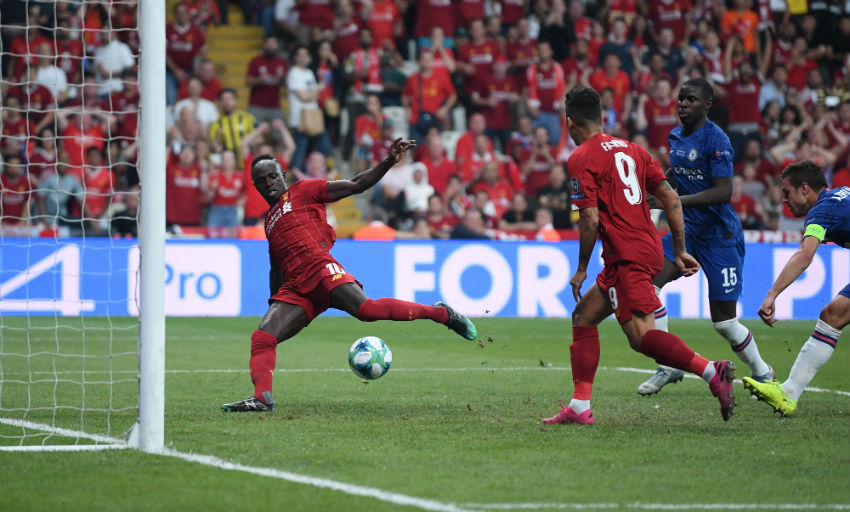 It was Firmino's through ball that set up Liverpool's next attack. He found Mane running beyond right-back Cesar Azpilicueta as the speedster then spotted Jordan Henderson sprinting into the area. Henderson arrived to meet the cutback and his strike towards goal took a harsh deflection that nearly evaded Kepa.

Liverpool somehow did not take the lead with 15 minutes left to play. Henderson's corner made its way through to Salah on the left-hand side of the area. The forward looked destined to find the back of net with his shot that was cleared off the line by substitute Tammy Abraham's first touch of the game.

Van Dijk followed in on the rebound but had his effort parried onto the crossbar by Kepa.

As both teams continued to press for a winner, Mason Mount put the ball in the back of the net for Chelsea before the assistant correctly ruled Mount had been in an offside position.

Kurt Zouma and Salah went close with efforts late on, but neither side could be separated after 90 minutes.

Trent Alexander-Arnold came on in a move that shifted Joe Gomez out to left-back. It was on that side where Liverpool's second goal came from.

Mane had released Firmino and the Brazilian returned the favour again by supplying him with a cross that he rifled into the roof of the net.

But Liverpool were only ahead for three minutes. After initially saving well from Abraham, Adrian was then adjudged to have tripped the striker up in the penalty area and referee Stephanie Frappart duly pointed to the spot. Jorginho converted the penalty and the match was all square once again.

An end-to-end first half of extra-time concluded with Abraham flicking agonisingly wide from close range.

Chelsea came closest to breaking the stalemate in the final period. Adrian thwarted Mount from distance with a fine intervention before Pedro curled just wide. But spot-kicks would end up deciding the destination of the trophy.

Every player had held their nerve from 12 yards out at the point when Abraham stepped up for Chelsea's fifth penalty. The forward hit his effort down the middle, leaving Adrian able to save with his feet and spark jubilant celebrations with his new teammates.