There was a further upgrade to the Champions Wall at Melwood on Saturday morning as Liverpool's fourth UEFA Super Cup was added to their honours list.

A penalty shootout win over Chelsea after a 2-2 draw in Istanbul secured the latest trophy in the club’s history on Wednesday, following up their Champions League triumph in June.

The newest achievement for Jürgen Klopp’s team is now reflected at the training ground as a shiny new ‘4’ was listed for their Super Cup tally – as you can see in the video above.

And there was an update at Anfield, too, where the Walk of Champions has been updated to include the midweek triumph for the Reds. 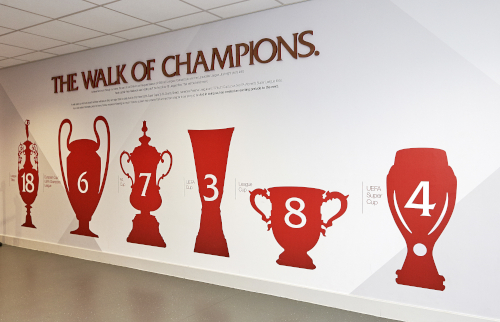 'We're bringing the spirit of Melwood to the AXA Training Centre'

Klopp on Melwood farewell: 'I will miss it, but Kirkby will be great'